In tonight's episode, Purab and Disha dance together at the party and Abhi dances with Pragya which angers Aliya. 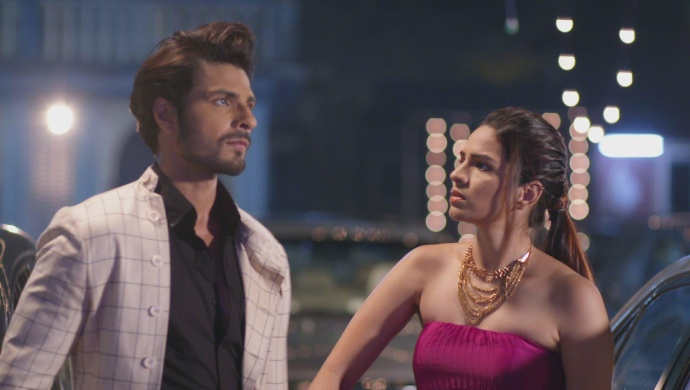 In the previous episode of Kumkum Bhagya, Prachi and Shahana help Ranbir and Aryan escape from the principal’s house. Rhea returns home early from her trip because she heard Ranbir is getting close to Prachi. Aliya insults Pragya at the party, but Pragya tells Aliya to mind her own business and goes away. Priyanka tries to kill Rishi in his sleep but Rishi’s maid wakes him up.

In tonight’s episode, Rishi goes to Sarita’s room because she is sick. He gives her medicines and asks the maid Madhu to get his pillow so he can sleep next to his grandmother Sarita. Sarita turns off the lights in Rishi’s room waiting for him to return so she can kill him.

Pragya and Disha are at a dance during the party. Abhi and Pragya dance with each other, but after a while Abhi walks away. Disha ends up dancing with Purab which Aliya notices. Purab and Disha are unable to take their eyes off each other.

Madhu goes to Rishi’s room and gets attacked by Priyanka. Madhu screams for help and Rishi reaches to save her. Priyanka realises that she got the wrong person and escapes via the window. Rishi says Madhu will have to go to the doctor.

Ranbir returns home and Rhea sees him with Aryan. Ranbir tells Aryan how he got drunk and how Prachi was irritating him. Rhea goes back to her room, feeling upset. Aryan warns Ranbir that Rhea is getting jealous of him and Prachi.

Disha tells Purab to stay away from her because he is with Aliya. When Disha walks away, Aliya corners her and insults her. Hearing Aliya’s insults, Disha says she is going to steal Purab from Aliya and there is nothing that would stop her. Will Disha really try to steal Purab? Stay tuned to find out.