In the next episode, Ranbir cries and tells Aryan that he doesn't understand why Prachi betrayed him and stopped answering his phone calls. 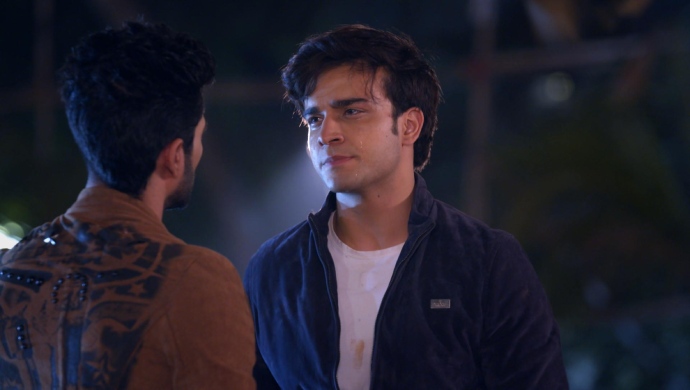 In tonight’s episode of Kumkum Bhagya, Prachi refuses to go back to the office with Rhea. She goes with Maya to the police station. Rhea tries to warn Ranbir that Prachi is going against him. Ranbir refuses to believe Rhea. He later tells the same to Aryan and finds out that Rhea had falsely implicated Prachi in the drug case too. Ranbir decides to protect Prachi from Rhea. He also wants to propose Prachi but she doesn’t answer his calls. Prachi goes to the police station and says she wants to change her statement. The police arrest Ranbir but Abhi shows up with anticipatory bail. Abhi informs that Rhea asked him to get the bail procedure done as she had warned him about Prachi.

In the next episode, Ranbir leaves the house and is seen crying outside when Aryan tries to console him. Ranbir says he is upset with Prachi because she stopped trusting him. Aryan gets angry on Ranbir and says that if he has a problem with Prachi he should meet her and sort it out. Ranbir says he wants to clear things but Prachi is not answering his calls. Will this incident ruin Prachi and Ranbir’s relationship? Find out tomorrow.