Kumkum Bhagya 31 May 2019 Preview: Rhea And Prachi To Become Friends?

In the next episode, Pragya asks Prachi to not get into a fight with Rhea. Mira convinces Rhea to be nice to Prachi too. 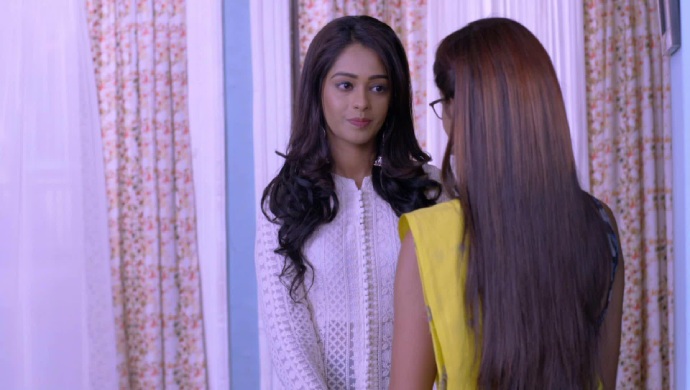 In tonight’s episode of Kumkum Bhagya, Abhi tells Rhea that he saw everything she did on the CCTV footage. Rhea says that Abhi doesn’t love her anymore, while Mira tries to calm her down. Abhi feels he failed as a father and wishes that Pragya was with him. However, he is still not ready to forget how Pragya’s actions might have led to Kiara’s death. Later when Rhea tries to apologise to Abhi he refuses to accept her apology.

In the next episode, Pragya asks Prachi to not fight with Rhea anymore. She says Rhea is not a bad person but just stubborn. Prachi agrees and tells Pragya that she won’t start a fight with Rhea. Meanwhile, Rhea also tells Mira that she will be nicer to Prachi. She says she will try and be in the good books of Prachi. Will Prachi and Rhea be able to put their difference aside and become friends? Stay tuned to find out.