In tonight's episode, Abhi sees an actual robber in Pragya's house, while Pragya thinks Abhi is a robber. 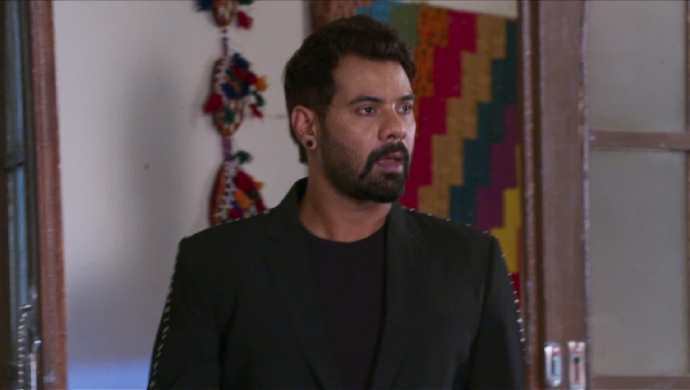 In tonight’s episode, Pragya goes to see who is at the door. Abhi is at the door waiting for her to open but Pragya doesn’t recognise his voice. Just then the lights go out. Pragya gets scared and shuts the door in Abhi’s face. Abhi returns to his car and then realizes Pragya must have not known it’s him so he returns to the door.

Ranbir finds out that Rhea is going to the special spot in the camp which has fireflies. He decides to go there with the his guitar to propose to her. He sits behind a tree that he thinks Rhea is sitting near and sings her a romantic song. However, Prachi is sitting there and she enjoys the song a lot.

Prachi turns around to see who the singer is and sees Ranbir on his knees. Ranbir proposes to Prachi again by mistake. They both have an arguments over who hates whom more. Ranbir gets angry and tells Aryan to make sure that he always stays away from Prachi.

Meanwhile, an actual robber has entered Pragya’s house. Pragya thinks Abhi who is standing outside the door is the robber. She decides the open the door and beat him up before calling the police. Abhi enters Pragya’s house and she hits him a bat after covering him with a bedsheet.

Abhi gets rid of the bedsheet and Pragya escapes to call the police. Abhi notices the real robber in Pragya’s house and grabs hold of him. The police show up to arrest Pragya’s robber just when Pragya is calling them up to complain about the robbery. Abhi gets in his car before Pragya reaches back home.

Stay tuned to find out if Pragya gets a chance to thank Abhi for protecting her house. Watch the latest episodes of Kumkum Bhagya, now streaming on ZEE5.