In tonight's episode, Rhea plays a fun game of saying a truth or lie at a party with her friends. Priyanka tells the truth about her and Rishi there. 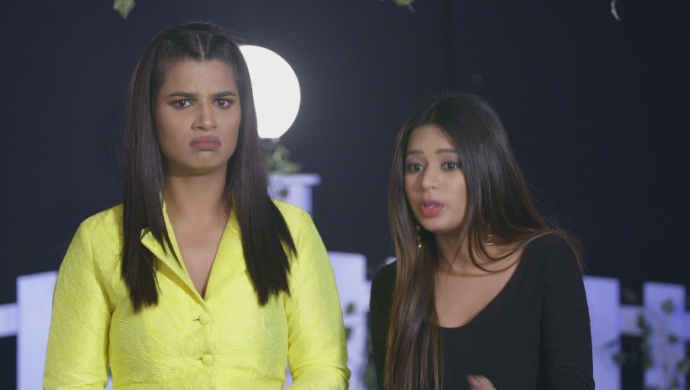 In the previous episode of Kumkum Bhagya, Pragya sees Rishi being taken to jail. She tries to stop the police but they ask her to go jail if she wants to free him. Priyanka feels Rishi deserves to be in jail for slapping her. Rhea asks what happened to her face but Priyanka says she fell down. Pragya goes to the police station and finds out she needs a lawyer to save Rishi. Abhi hears Rishi saying that Priyanka was trying to rape him. This makes Abhi angry and he beats up Rishi.

In tonight’s episode, Sarita comes home with Prachi and Shahana. They look for Pragya and Rishi in the new house. However, the maid hides the truth saying Rishi and Pragya have gone out to eat. Shahana thinks that Rishi is spoilt. However, Sarita thinks that Pragya must have taken Rishi out by herself.

Ranbir and Aryan are sitting together and chatting at night. Ranbir talks about fooling Prachi into accepting his life without getting into a fight and wasting time. Rhea finds Priyanka still sitting in front of the mirror and takes her upstairs to the terrace. Rhea is having a pyjama party with her friends where they are drinking beers.

Ranbir and Aryan also go upstairs and find the beers. They start drinking it but Rhe and her friends stop them. To decide who get the beers Rhea suggests they play a game. Rhea says everyone has to say one truth and one lie. The other’s have to guess which one is a truth and which is lie.

Rhea says she wants to be a supermodel and misses her mother. Everyone thinks she said both truths. Priyanka says that she is in love with Rishi and secondly wants to ruin his life. Nobody believes Priyanka when she says the truth. Pragya reaches the jail and finds Rishi unconscious. Will Pragya save Rishi? Stay tuned to find out.

Dilli Darlings: All 6 Kitty Parties Ranked From The Best To The Most Boring