In the next episode, Abhi finds Rhea and Aliya stuffing money into a bag. Aliya watches Abhi standing there and asks Rhea to stop. 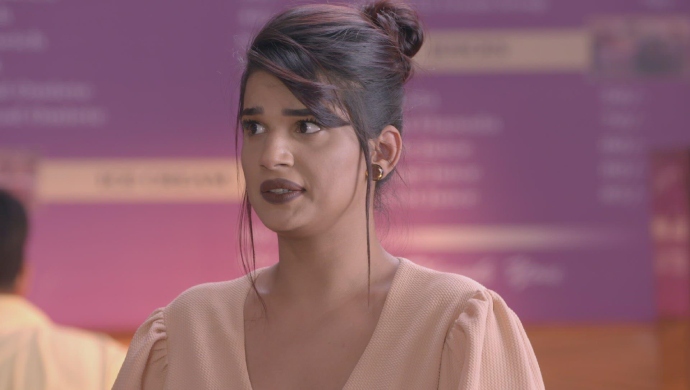 In tonight’s episode of Kumkum Bhagya, Prachi overhears Saloni promising to get revenge on Maya. Seeing Prachi nearby, Rhea takes her away from there. Prachi finds an excuse to meet Saloni again. She asks her to join hands in helping to take a revenge on Maya. Prachi asks Saloni to accuse Ranbir of molesting her at the same time, same place as Maya but in a different room. Prachi then tells Maya that Saloni is accusing Ranbir of rape at the same time as she did. Maya thinks Saloni is making false accusations only to get revenge on her. Ranbir is against Prachi’s idea at first. Prachi explains that this plan will prove that Maya is lying because Rnabir cannot molest two people in different places he agrees with her plan.

In the next episode, Abhi asks Ranbir why he looks happy suddenly. Ranbir feels shy to tell Abhi but when he insists Ranbir thinks about telling him the truth. Abhi goes outside while Rhea and Aliya are stuffing money into a bag, some of which fall on the ground. He sees them put the bag in a car. Aliya warns Rhea that her dad is watching. Will Abhi notice the notes that fell on the ground? Find out in the next episode.

Highly Opinionated: Why We Need More Real And Relevant High-School Dramas Like…

Shukranu New Poster Out: A Humorous Take On The 1976 Forced Sterilization Drive…