Pragya is standing on a stool with her back towards Abhi, while he is standing right behind her. 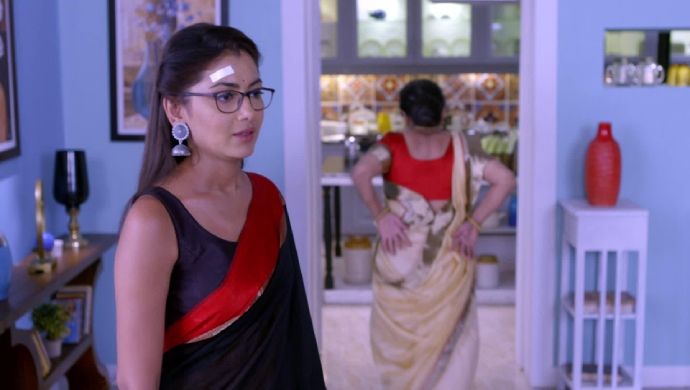 In tonight’s episode of Kumkum Bhagya, Pragya enters Abhi’s house to prepare food for the evening’s party. She only meets Mira on her way to the kitchen. Prachi meets Abhi in the temple where Daadi is also praying to meet her other grand-daughter. Daadi meets Prachi who later reaches home and tells about them to Pragya. After hearing from Prachi, Pragya also decides to meet Abhi and Daadi and thank them for being so nice to her daughter when she was new to the city.

Next week, Pragya is busy cooking food in the kitchen. She has climbed up on a stool to bring a box of atta down. Abhi also enters the kitchen but he can’t see Pragya’s face. When Pragya manages to bring the Atta out she spills it. it all ends up falling on Abhi’s face who is right behind her.

When Pragya turns back she sees Abhi’s face covered with atta. Will she recognise Abhi behind all the atta? Stay tuned to find out.