In tonight's episode, Rhea and Prachi go with Abhi to pick out a ganpati idol. Prachi gets in a fight with 2 men who turn out to be gold smugglers. 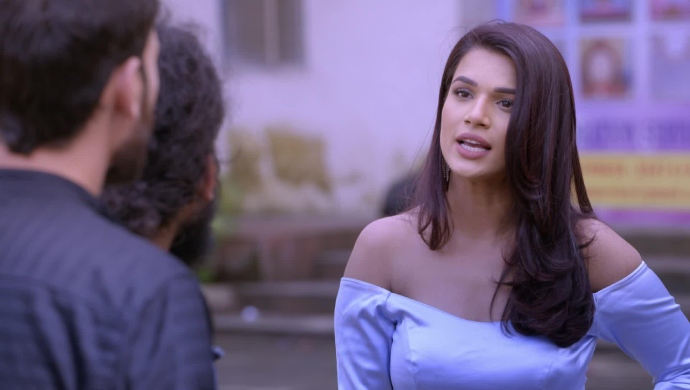 In the previous episode of Kumkum Bhagya, Rhea tells Ranbir to try and be nice to Prachi. She asks him to break Prachi’s heart soon because she wants to be his girlfriend. Ranbir goes to Abhi and asks for help in impressing women. Vikram interrupts Abhi and takes him into a meeting. Rhea says she is a bad person for insulting her mother. Mira asks Rhea to apologise to Abhi for insulting her mother earlier. Aliya sees Rhea apologising for insulting Pragya. She warns Mira to not fill Rhea’s mind with positive thoughts about her mother.

In tonight’s episode, Daadi asks Abhi is he selected a Ganpati. Mira steps in and tells Daadi that Abhi had told her he will be going to buy the Ganpati idol that day. Prachi shows up at the breakfast table and Pallavi asks Prachi to wake Ranbir up and call him down for breakfast.

Prachi goes to Ranbir’s room and finds him sleeping shirtless. She tries waking him up without touching him but he doesn’t listen. Prachi throws water on Ranbir. He wakes up and gets angry at her immediately. Prachi tells him to come down for breakfast. Ranbir finds Prachi’s bracelet which fell from her hand on the floor.

When Prachi goes back to the breakfast table, ABhi asks her to join them in picking out a Ganesh idol. Abhi asks Rhea which Ganesh Idol she wants, and Rhea says she wants a Ganpati holding a guitar. Prachi says they should have a more traditional Ganpati. Abhi decides that Prachi’s option is better which irritates Rhea.

When Abhi reaches the pandal he finds strict police protection. Mira says this is because they got a tip about gold smugglers. Rhea refuses to leave the car since she is not getting the Ganesh idol she wants. She ends up fighting wit h Prachi in the car. Prachi gets out of the car but two bikers almost hit her door. They get angry at Prachi.

Rhea steps in and makes them go away. When Abhi enters the two bikers who are gold smugglers see him. They realise Rhea’s father is famous. The gold smuggler puts all his gold as decorations on Abhi’s ganpati to smuggle it into the city without suspicion. Will Abhi find out the gold smugglers’ plan? Stay tuned to find out.