In the next episode, Pragya tells Sarita that she met Mr. Mehra as well as her husband at the restaurant. 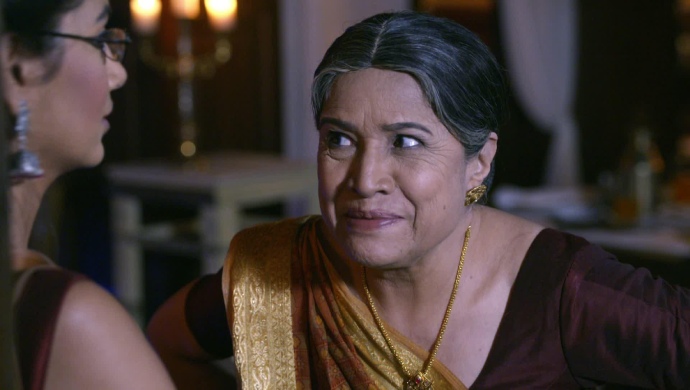 In tonight’s episode of Kumkum Bhagya, Pragya tries to speak to Abhi but the other girls surrounding him block her. Abhi sings a song dedicated to the woman he loves. Pragya meets Vikram during Abhi’s performance thinking he is Mr. Mehra. Later when Pragya’s performance is complete, Pragya goes up and holds his hand but is pushed away again. Abhi tries looking for Pragya but gets a call from Rhea asking him to come home quickly. Rhea tells Abhi to invite Prachi’s mother to Aliya’s wedding anniversary party too.

In the next episode, Pragya and Sarita go back home. Sarita tells Pragya that she looks happy because she met Sarita’s hero. Pragya says that she is wrong. She says that she met her hero today. Sarita is shocked hearing that Pragya met her husband also at the same restaurant. Will she realise that Abhi and Mr. Mehra are the same person? Stay tuned to find out.