In tonight's episode, Rhea goes to Saloni's house where according to Prachi's plan, Ranbir is waiting to find out the real culprit. 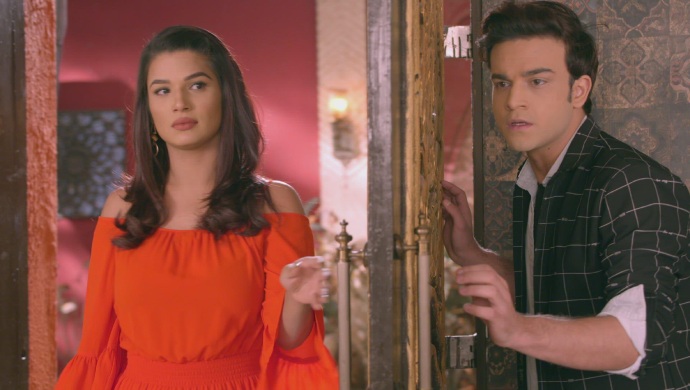 In the previous episode of Kumkum Bhagya, Rhea tells Aliya about Maya’s problem. Aliya is shocked that someone else is also making false molestation accusations on Ranbir. She decides to pay Maya’s enemy, Saloni, some money to buy her silence. Abhi sees Ranbir looking happy at home. He thinks it is because of Rhea and Ranbir doesn’t tell Abhi about Prachi. Abhi then notices Aliya and Rhea taking a bag full of money in a car. They lie to him about the money and he realises it. Prachi and Ranbir together decide to spy on Maya’s house.

In tonight’s episode, Maya goes to Saloni’s house to ask her why she is lying. Saloni says that she wants revenge on Maya but then demands one lakh from Maya to stop her from going to the police. Maya decides to go home and ask Rhea for money. Rhea is already waiting outside Maya’s house with more money for her.

Saloni calls up Prachi saying that Maya offered her money to not go to the police. Prachi thinks they can find the person who is paying Saloni they money then they can catch the real culprit. Prachi tells Ranbir that she will keep Maya occupied then the person that is paying Maya will herself have to give the money to Saloni. She tells Ranbir to drop her at Maya’s place and go to Saloni’s house.

Abhi finds out that Aliya’s cabin was renovated recently by someone else. He realises that Aliya and Rhea both lied to him. Ranbir goes to Saloni’s house and thank her for helping him. She gets a call from Maya saying a girl will give her the money but since Saloni didn’t go to college since quite some time she won’t recognise her.

When Rhea goes to Saloni’s house Ranbir is hiding behind a door and he cannot see her. Rhea shuts the door and takes Saloni outside. She gives the latter the money and notices Ranbir’s car there. Saloni clicks a picture of Rhea to show Ranbir but she cannot find her phone. Rhea is worried that Ranbir knows her plan now. Will Ranbir realise that Rhea is behind the entire plan? Find out in the next episode.