In the next episode, Rhea insults Prachi on the hillside and even goes on to insult Pragya, who she actually likes. 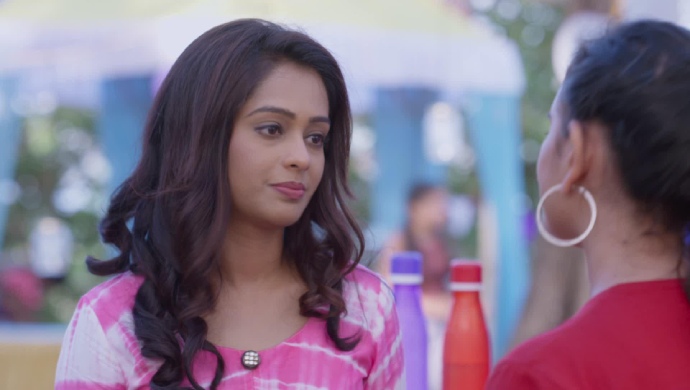 In tonight’s episode of Kumkum Bhagya, Prachi beats Rhea’s team at Dumb Charades. She even guesses the names of the movies Ranbir is using to propose to Rhea. Later Ranbir tries to propose to Rhea during a dance. However, he finds Prachi falling while dancing and holds her. This makes Rhea angry and jealous and she makes up a plan to frame Prachi.

In the next episode, Rhea instigates Prachi to anger her. Rhea says Prachi’s father left her mother because he didn’t want a daughter as annoying as Prachi. Rhea also insults Pragya in front of Prachi. This angers Prachi and she tells Rhea to not say a word against Pragya. Rhea gets in Pragya’s face asking her to make her stop talking. Prachi pushes Rhea away from her and Rhea falls down. Will Rhea successfully frame Prachi for trying to kill her? Stay tuned to find out.