Kiara's Angel uncle helps her run away and calls Pragya to take her back home. Meanwhile, Nikhil finds out Kiara is missing. Will Pragya meet Kiara? 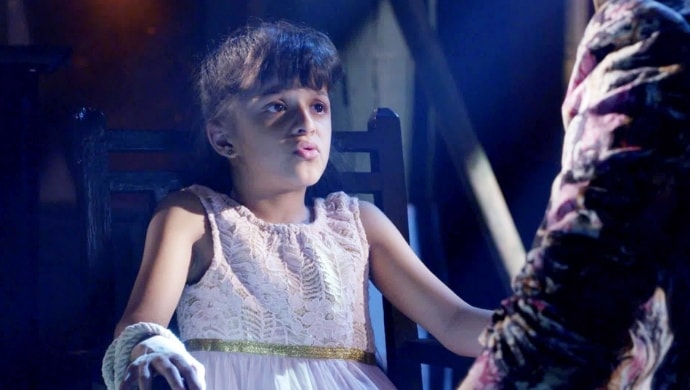 In last night’s episode of Kumkum Bhagya, we saw that Pragya gives birth to premature twin girls. Abhi is overwhelmed for he wasn’t there when Kiara was born, and thus, gets emotional. He is seen indulging in a cute banter with his newborn babies. As soon as Pragya gets up, Abhi congratulates her but she is worried about Kiara.

Missed the episode? Watch a quick recap on ZEE5:

Two days after the birth of her twin daughters, Pragya is shown showing them a picture of Kiara and introduces their big sister! A super upset Pragya gets a call from Nikhil, who tells her to come with the ransom money within two hours. The episode ended with Abhi and Pragya arguing over handing over the amount to the kidnappers; Pragya accuses Abhi of not taking the right steps to rescue Kiara.

Tonight’s episode begins with Abhi and Pragya’s fight. In the next scene, the kidnappers discuss about Abhi’s offer to pay double the money to the one who helps him find Kiara. They plan to give Abhi Kiara back and take the money, for they believe Nikhil won’t even get a penny. All of them start shooting bullets at each other, with Kiara sitting near them. One of the kidnappers, the Angel Uncle, tries to protect Kiara and just then Nikhil enters the place.

Purab takes Abhi away from Pragya and tries to explain him to not fight with her. He starts explaining to Purab and Disha that once everyone is asleep, he is the one who goes out to find his daughter. He thinks that Pragya is doubting his efforts. Disha then explains that she doesn’t think that way, and in fact, wants to help him with the rescue plan. Abhi then says that Pragya needs to be taken care of and he doesn’t want her to get tensed. Disha suggests that Abhi let Pragya talk to the kidnappers and let a mother convince them.

Nikhil tries to threaten his goons and blackmails to hurt their family if they deceive him. Nikhil sends one of his men with an envelope and tells him that he won’t get Kiara back. Kiara’s Angel Uncle calls Pragya. He gives her the address and asks her to reach there fast and rescue her daughter immediately. Angel Uncle also informs Pragya that Kiara loves everybody and her Mumma the most!

Abhi thinks about what Purab and Disha have told him. He leaves to tell Pragya everything. But Pragya lies to the doctor and goes out to save Kiara. She leaves in an auto for a purani haveli in Greater Kailash area. After Abhi reaches home, he asks for Pragya and discovers that she has stepped out to meet the kidnapper.

Angel Uncle then keeps a doll in place of Kiara and leaves with her. Abhi starts searching for Pragya. Nikhil finds out that Kiara is missing and it is a doll sitting in her chair.

Will Kiara reunite with Pragya? Will Abhi be able to find Pragya and Kiara? Stay tuned to never miss a beat on Kumkum Bhagya!