Kumkum Bhagya 8 May 2019 Preview: Pragya Finds A Problem At The Party

Shahana tells Prachi that there is a problem with the catering at the party and there's no way to solve it. 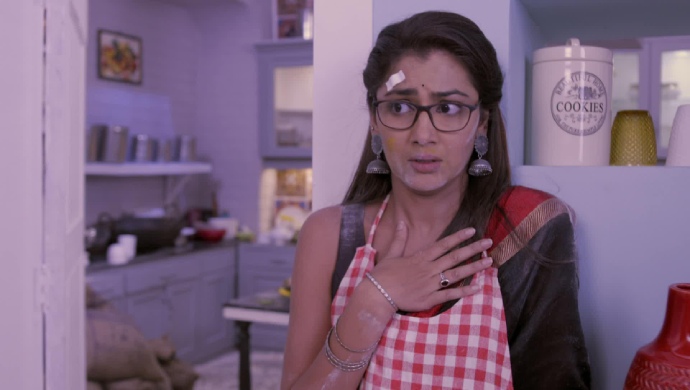 In tonight’s episode of Kumkum Bhagya, Abhi tries to help Pragya but ends up getting a whole box of atta on his face. He washes it away but is still angry with Prachi’s mom for spilling water on him. Ranbir kicks a football in the dining area which disrputs the tables. Prachi argues with him and makes him put everything back the way it was. This makes Ranbir angry, but when his mother also makes him clean the place, he does it unwillingly.

In the next episode, Abhi tells Purab about his irritation towards Prachi’s mother. He says that he will teach her a good lesson. Shahana is seen going to Pragya and telling her that there is trouble at the party. According to Shahana their reputation is on the line and there’s no time to save the situation.

On the other hand, Prachi is called by one of the waiters. He tells her to go in the room nearby where someone is waiting for her. He also tells her that is a matter of life and death. Will Prachi follow the waiter’s instructions? Stay tuned to find out.