In the next episode, Aliya decides to deal with the situation harshly after seeing Prachi and Sanju in the bedroom. 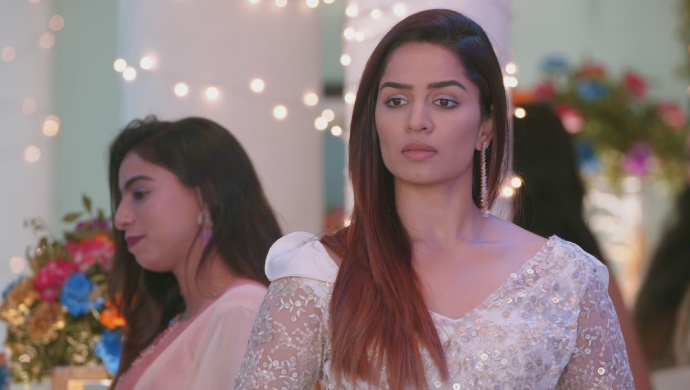 In tonight’s episode of Kumkum Bhagya, Rhea informs Sanju that she has spiked both the drinks. She makes him force Prachi to have atleast one. Sanju convinces Prachi to take the drink and prove she has forgiven him. Prachi becomes drowsy after having the drink. She goes to the guest washroom to remove a stain from the dress. Sanju follows her and spills water on his kurta. Prachi helps him take off the kurta but they slip and fall on the bed. All of this is shown by Rhea on the projector downstairs which shocks everyone at the party.

In the next episode, Aliya tells everyone at the party that they all saw what happened with Prachi and Sanju. She says that they couldn’t stop that from happening but she will do something to correct it and hopes no one will stop her. Rhea goes to call Prachi downstairs with her boyfriend. Prachi looks at Sanju confused. Will Prachi be able to save herself from trouble? Stay tuned to find out.

This Teaser Of ZEE5’s Chargesheet: The Shuttlecock Murder Will Surely Have…

Shah Rukh Khan And Salman Khan To Have A Great 2020? Astrologer Anupam Jolly…