Rhea, who put the necklace in Prachi's pocket, is now in trouble. 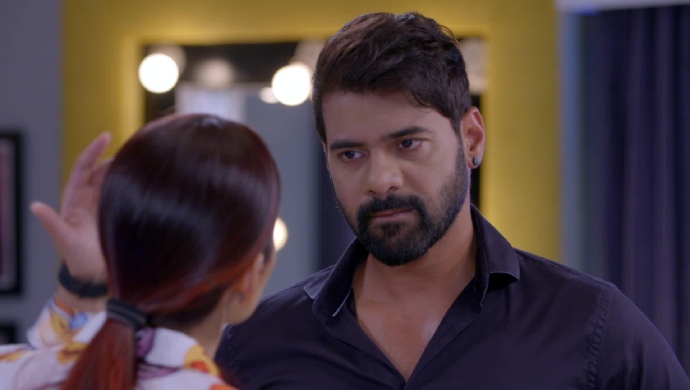 In tonight’s episode of Kumkum Bhagya, Aliya taunts Abhi for releasing Prachi. She uses Pragya to prove that people who seem good are sometimes not. Abhi decides to prove Prachi’s innocence to Aliya. Meanwhile, Pragya wishes to meet the man who saved the daughters multiple times. Abhi who misses Prachi cries himself to sleep in her memory.

Watch a sneak-peek of the next episode here.

In the next episode, Abhi decides to begin searching for the real culprit. He believes that someone stole the necklace and put it in Prachi’s pocket to avoid blame. He demands to see CCTV footage of the party to get a clear idea. Rhea panics on hearing her father’s intentions.

Daadi remembered Pragya after meeting Prachi at the party. She discusses this feeling with Abhi. She also tells Abhi that she wishes everyday that Pragya returns to their lives. Will her prayers be answered? Will Rhea be identified as the real culprit? Stay tuned for further updates.