In the next episode, Rhea finds Ranbir pinning Prachi to a wall and going closer to whisper something in her ear. 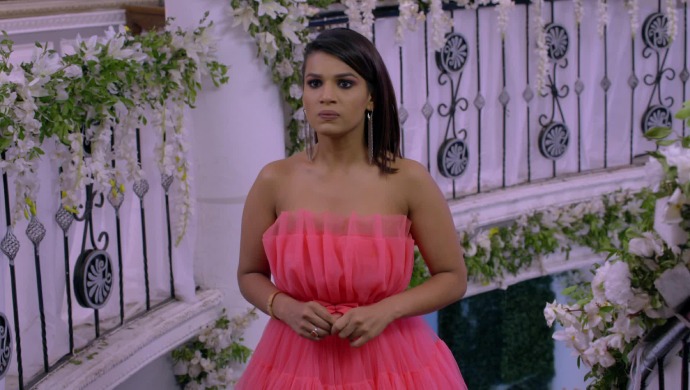 In tonight’s episode of Kumkum Bhagya, Sarita asks Pragya to meet her husband if she misses him so much. Pragya says that he is still angry at her about Kiara and it won’t be nice to meet him. Prachi finds Abhi drunk and helps him reach his room. A drunk Abhi asks Prachi to help him find his wife and Prachi promises to help him. Rhea gets jealous and warns Prachi again to stop trying to steal her father. In return, Prachi accuses Rhea of stealing her mother.

In the next episode, Ranbir has Prachi pinned up against a wall. He stands up to her asks her if she likes him. Prachi looks nervously at Ranbir. Rhea walks in and sees them from a distance. She sees Ranbir moving in closer to Prachi and whispering something in her ear. Prachi looks heatbroken watching Ranbir getting close to Prachi. Are Rhea’s suspicions correct? Stay tuned to find out.