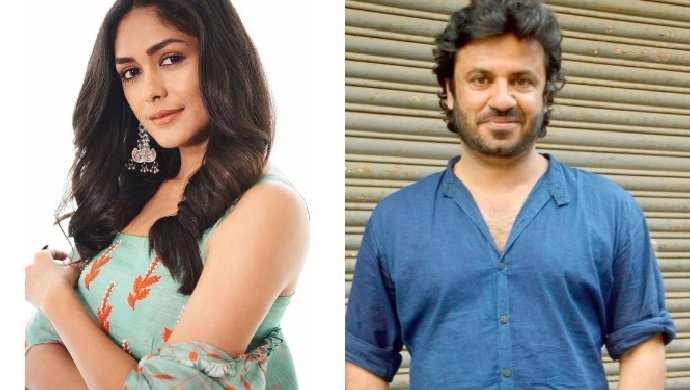 Popular actress Mrunal Thakur has become a household name now, thanks to her portrayal of Bulbul in the Zee TV show Kumkum Bhagya. The actress is all set to make her Bollywood debut in a lead role. She will be seen playing a pivotal role opposite the superstar Hrithik Roshan. The film is based on the life of the mathematician Anand Kumar and his educational program Super 30 which also the title of the movie.

Watch the latest episode of Kumkum Bhagya below:

In the recent #Metoo campaign some major names were revealed from all over the world and especially the entertainment industry. One of these names was the director of Super 30, Vikas Bahl, who was also the director of Kangana Ranaut starrer Queen. However, Reliance Entertainment held an internal inquiry and cleared him of sexual misconduct charges. When such allegations are made, it makes a huge impact on an individuals career and personal life.

Mrunal, who was working with Vikas Bahl for Super 30, recently opened up about her experience while talking to a news website. She said “I was comfortable shooting with him, he gave justice to my character, on-screen and off-screen. The allegations came out after I finished shooting. The makers are taking the decisions and will take the call. I might sound diplomatic, but my conversations with Vikas sir were just about asking details about my character”.

Keeping the controversies aside, Mrunal had put in a lot of efforts and now will be the time to experience her skills on the big screen. The film is all set to hit the theatres this weekend that is on 12th July. Also, the actress will be seen in another Bollywood movie Batla House starring John Abraham. Well, the actress’s career seems to have taken off. Long way to go Mrunal.

How excited are you to watch this film? Let us know in the comments with the hashtag #KumkumBhagya.

Aghori Recap In Pics: Advik Has To Marry Asmi; Kamakshi Is Hurt