The 26-year-old actress rose to fame as the chirpy and vivacious Bulbul. She made her film debut with Marathi movie Vitti Dandu in 2014. 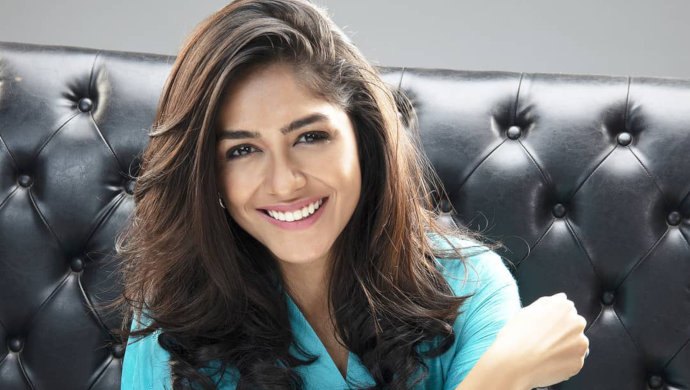 Lo and behold, your favourite girl from Kumkum Bhagya is has made the big switch from small to the silver screen. 26-year-old Mrunal Thakur rose to fame as the chirpy and vivacious Bulbul, the parallel lead in the daily soap which has been ruling TRPs for months now. She bid farewell to her show innings to play the bigger gamble. Mrunal made her film debut with Marathi movie Vitti Dandu in 2014. She is now set to feature opposite Hrithik Roshan in an upcoming film.

Slated for a release in 2019, Mrunal will be seen as the female lead opposite Hrithik in Super 30. Directed by Vikas Bahl, the film is a biographical drama on the life of mathematician Anand Kumar. Anand is the man behind a famous formula that goes by the same name as the movie’s title. Mrunal is said to play Ritu Rashmi in the biopic.

Last year, Mrunal featured in an Indo-American project which was screened at several film festivals. In the critically acclaimed movie, Mrunal portrayed an Indian village girl who gets trapped in the nexus of the international sex trade. The film earned the actress laurels and accolades for her impeccable skills, with praise coming from Demi Moore too.

Besides the one alongside Hrithik, Mrunal was recently reported to have bagged a film opposite John Abraham too. Inspired by a true incident, the film shall see the beauty as the hunk’s reel better half said a tabloid. Guess she will have not one but two films releasing in 2019. Stars are favouring the starlet already, clearly!

We wish the actress all the luck and success for her upcoming projects. Give her a shout out in the comments section below if you love Mrunal.

Kubbra Sait On The Verdict: Nobody Before Told The Story From Sylvia/Mamie's Perspective