A leading news portal has reported that Abhi and Pragya's twin daughters, supposedly named Prachi and Riya shall also go their separate ways. 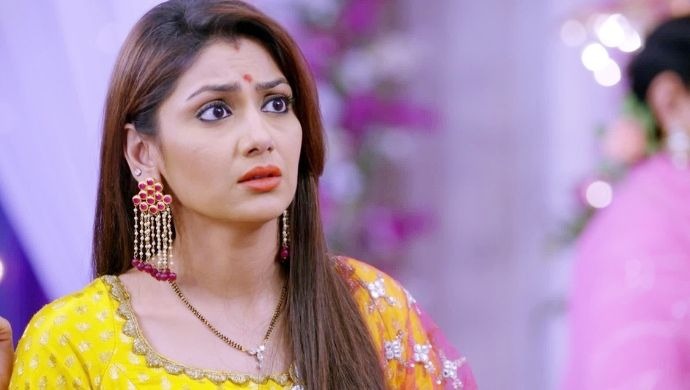 As informed earlier, Zee TV show Kumkum Bhagya is all set for a leap again! In the past month, we saw Abhi and Pragya reunite after seven years. The couple even welcomes a set of twin girls. However, their first born Kiara gets kidnapped and reports suggest she will be killed. Kiara’s death will lead to Abhigya’s separation, as has been alleged by a section of the press. But the high point will be when Abhi and Pragya’s twins too shall be separated soon after birth.

A leading news portal has reported that Abhi and Pragya’s twin daughters, supposedly named Prachi and Riya shall also go their separate ways. Prachi shall stay with Pragya, out of Delhi, while Riya will grow up in the lap of luxury at the Mehra mansion. Another entertainment news website had even suggested that Pragya shall move to Punjab, along with one of her twin girls. Whether or not that comes true remains to be seen!

We now hear that Prachi and Riya shall be involved in a love triangle as the story moves forward. Both the sisters shall end up in Mumbai and will cross paths in college. Expect a guy problem to crop up! But will Prachi and Riya leave behind their issues and help their parents reunite? Will these twin girls be the reason for Abhi-Pragya sorting their issues or will it add to the trouble? Your guess is as good as ours! We will have to wait and watch to see what actually happens!

It is mention worthy that there has been no official confirmation on any of these reports on the web talking about the leap.

Stay tuned for we will keep bringing you more exciting dope and information about the incoming plot twist!

In the meantime, binge-watch or catch up with the latest episodes of Kumkum Bhagya. For those who walked in late, you can read major highlights of the show here.

Watch Mukku And Mansoor's Heartwarming Love Story In Kedarnath, The Movie Is Now Streaming On ZEE5