After Abhi and Pragya separate, a governess Mira raises Rhea. In a new video, Rhea points a gun at Mira, while Ranbir point a gun at himself. 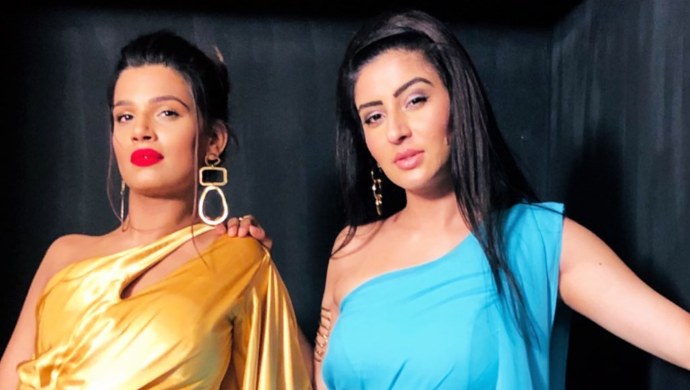 Zee TV’s popular show Kumkum Bhagya has been entertaining its fans and ardent followers for five years, especially Abhi and Pragya‘s crackling chemistry. The new generation, #AbhiGya’s twins Prachi and Rhea, and Ranbir, is receiving immense love and appreciation too. Having said that, KKB fans still focus mainly on all that happens with Abhi and Pragya. After they both separate, a governess Mira raises Rhea like her own child while Prachi grows up with Pragya in a different city. In a BTS video, Rhea who loves Mira more than anything is seen pointing a gun at her.

But before you jump the gun, we recommend you watch this clip from the sets of Kumkum Bhagya.

Yep the star-cast was enjoying some downtime from the high-end drama that is currently unfolding on Kumkum Bhagya. Don’t forget to notice that cute wink Shabir Ahluwalia aka Abhishek ‘Abhi’ Mehra gives. This video was shared on Instagram by Ashlesha Savant aka Mira and has been doing the rounds of the internet ever since! Also seen in the clip are Mugdha Chaphekar, Sriti Jha, Krishna Kaul, Ruchi Sarvan amongst others.

Rhea and Ranbeer’s overacting has everyone on the sets and even all the viewers watching the video in splits.

Kumkum Bhagya recently completed five years with a grand celebration. Stars of the show including Sriti, Shabir, Mugdha, Naina and Krishna along with those fo Kundali Bhagya, Guddan Tumse Na Ho Payega, Yeh Teri Galiyan amongst other shows too performed at the gala event. Catch all the glimpses of the performances of here.

Stay tuned and come back for more behind-the-scenes videos and inside scoops on Kumkum Bhagya!