Onscreen mother-daughter duo Sriti aka Pragya and Naina aka Rhea recently took an unplanned vacation to Goa and it was all about 'happy faces.'

Kumkum Bhagya actors have been on a roll ever since monsoon hit Mumbai. The cast has been exploring getaway locations one after the other, recent on the list being Goa. Sriti Jha and Naina Singh, who was seen as a mother-daughter duo Pragya and Rhea on the Zee TV show, took off to the beach capital for the weekend. Scroll further to take a sneak peek into their fun-filled stay.

Sriti Jha is on a vacation spree with her co-stars of Kumkum Bhagya, clearly. After hanging out with Krishna Kaul, Sriti enjoyed a monsoon trek with Shabir Ahluwalia, Mugdha Chaphekar, Ashlesha Savant, Shikha Singh, Ruchi Savarn and others. Naina Singh, who was missing from both these outings, made up by flying to Goa with Sriti for an unplanned vacation.

Sriti Jha Surprised Her Friends With A Sudden Trip To Goa

Ruchi Savarn nicknamed Sriti Jha as ‘chashme wala bhanwara,’ and we totally agree. The actress first took a trip to Belgium, then back to back outings to a Mumbai trekking spot and now a sudden vacay to Goa. She, indeed, is one globetrotter! 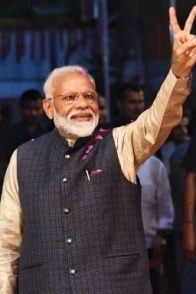 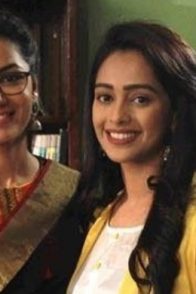 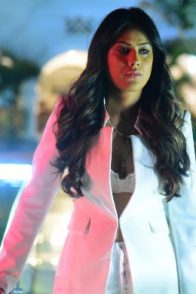 EXCLUSIVE! Nia Sharma: My Chemistry With Ravi Dubey In Jamai 2.0 Will Shock…

Trust Sriti Jha to always combine comfort and fashion. The travel bug is always off to a new destination and doesn’t usually spend her off days sitting at home (as many of us). This weekend she flew to Goa, totally random plan, and packed like bare necessities because who needs clothes in Goa? Her casual t-shirt and denim shorts holiday look is for the win!

Sriti Jha Soaks Up Some ‘Vitamin Sea’ In Goa

‘Salt in hair, sand between toes and sun-kissed skin,’ that’s how you roll in Goa. Sriti Jha spends quality time by the beach with her gang of friends.

We are totally digging Sriti Jha’s carefree vibe and comfortable looks. Anyone for Goa vacay?

An ocean blue bodysuit with one-shoulder and cutouts, paired with white wide-legged trousers chic sunglasses and a nude palette – Naina Singh’s vacation wardrobe is all things chic and casual.

We Are In Love With Naina Singh’s Oversized Sunglasses

Something about oversized sunglasses spells style! These peach-coloured sunglasses are super chic and uber-fashionable. What say?

Naina Singh Shares A Sexy Selfie And We Are Falling In Love With Her, Again

Be it on Kumkum Bhagya or social media, Naina Singh sure knows how to keep those around her sit up and take notice. The svelte actress has been killing it as Rhea in her very first acting venture and her style file on and off the screens have been earning our envy.

After she flew to Goa with best friend Akash Choudhary, Naina Singh joined her reality-show co-star Sahil Anand for a fun-filled evening. Sahil made his acting debut with Karan Johar’s Student Of The Year and played the role of Jeet Khurana in the film.

These pictures of Naina and Sriti are sure tempting us to take a trip to Goa. What about you?

John Abraham Reveals How He Shed His Chiselled Body For Parmanu: The Story Of Pokhran