Kumkum Bhagya To Take A Leap: EXCLUSIVE Information On The Plot And Abhi-Pragya’s Roles

Here's all you need to know about the generation leap in TV show Kumkum Bhagya. What will happen next in Abhi-Pragya's love story? Details inside 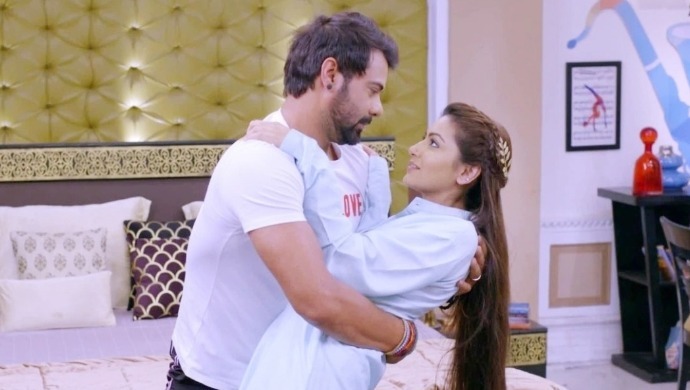 If you are an ardent follower of leading Zee TV show Kumkum Bhagya, this piece of information is for you. The popular television serial will soon take a generation leap, and the plot will pick up 25 years from now. In the latest episodes of the show, we saw that despite all the odds, Abhi and Pragya finally get married again. With their sizzling chemistry, lead actors Shabir Ahluwalia and Sriti Jha have kept their fans entertained for almost five years. The romantic drama first aired in April 2014.

Off late, grapevines have been filled with assumptions of Shabir and Sriti leaving the show. Moreover, a certain section of the press has even speculated that the plot-line will now revolve around Abhi and Pragya’s love story post a generation leap. There were reports that also spoke of an older Kiara taking the center stage post leap. But let us tell you that we at zeetv.zee5.com will have the first-hand access to every piece of information and get you all the exclusive details first!

Rest assured, your favourite on-screen couple, Shabir and Sriti are not walking out of Kumkum Bhagya. They will continue to play Abhi and Pragya even after the jump. Would you like to know which actor will be playing the older Kiara? And what about King Singh, Tanu, Aliya, and other characters? Well, to know more about the show’s upcoming twist, stay tuned because we promise to reveal it all first to you dear audience.

For those unaware, recent episodes of Kumkum Bhagya saw Abhi and Pragya rekindling their romance after seven years. King Singh falls in love with Pragya, but she goes ahead and marries the love of her life, Abhi. It is mention-worthy that Tanu had threatened Abhi against re-marrying Pragya, but it yet remains to be seen as to what she and Aliya have in store for the lovebirds.

If you have walked in late, Kumkum Bhagya got a spin-off show last year, which is titled Kundali Bhagya. The serial focuses on the lives of Pragya and (now deceased) Bulbul’s long lost sisters, Dr. Preeta Arora, and Srishti Arora. Both the shows continue rake in high TRP ratings and dominate a spot in BARC’s (Broadcast Audience Research Council India) list of most watched television shows in India.