The promo of tonight's episode of Kumkum Bhagya shows that Abhi takes Rhea to Prachi's house to apologise for her act. Will Abhi finally meet Pragya? 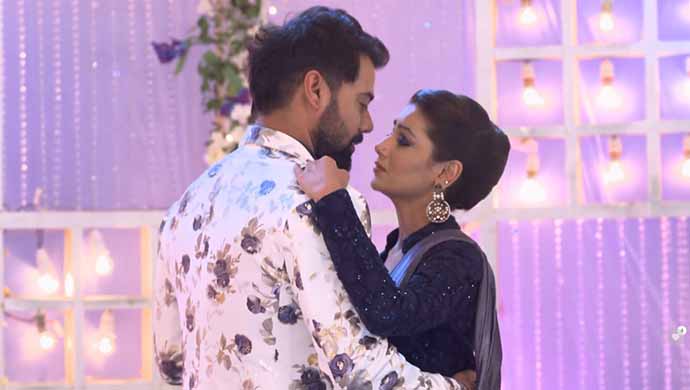 Leading Zee TV show Kumkum Bhagya has managed to stir up the audience’s interest with its surprising plot twists and turns. Just recently, the soap opera took a generation leap and we were introduced to Abhi and Pragya’s twin daughters who are all grown up now. For those who came in late, Abhi and Pragya separated after Kiara’s death and split the twins. The lovebirds, who haven’t been able to enjoy a happily-ever-after in five years of the serial’s run, might just reunite, again.

The promo of tonight’s episode of Kumkum Bhagya shows that Abhi takes his daughter Rhea to apologise to Prachi for her wrongdoing. Although reluctantly, Rhea accompanies her father. On the other hand, Pragya is busy in the kitchen and thus, keeps Abhi and Rhea waiting at the door. The interesting part is that neither Abhi nor Pragya is aware of who they are about to bump into next! It is mention worthy that despite having stayed apart for two decades, Abhi and Pragya still miss each other and are very much in love. However, the death of their first born led to a bitter separation.

Nonetheless, both Rhea and Prachi have met the other parent they never knew they had. Prachi, who admires Abhi, doesn’t know he is her father and Rhea, who recently was rescued by Pragya, is oblivious to her mother’s existence. Both Prachi and Rhea have bitter feelings for their respective father and mother. Going by the upcoming twist in the show, looks like a reunion for Abhigya is on the cards! More important part remains, how will Prachi and Rhea react to the development?

Stay tuned and don’t forget to watch Kumkum Bhagya on ZEE5 at 9 pm tonight! You can also binge-watch previous episodes that you may have missed catching up on!