Kumkum Bhagya: Who Do You Think Ranbir Is In Love With – Rhea Or Prachi?

In the latest episodes of Kumkum Bhagya, we saw that Ranbir is confused about his feelings. Does he love Rhea or Prachi, what do you think? 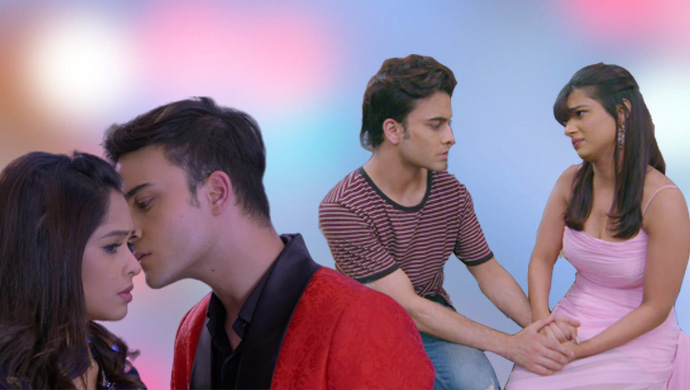 Kumkum Bhagya is witnessing interesting plot twists in the recent days. Although Abhi and Pragya’s hit-and-miss meetings continue, a love triangle between Ranbir, Rhea and Prachi seems underway. Soon after the 20-year generation leap, we saw that Rhea and Prachi are introduced as Abhi and Pragya’s twin daughters. Abhi spoils Rhea with luxury and pampering whereas Pragya raises Prachi as a simpleton all by herself in Hoshiyarpur. Actresses Naina Singh and Mugdha Chaphekar play the respective parts on the Zee TV show. After Rhea and Prachi’s paths cross, a new drama begins as they hate each other. The latest twist in their story is Ranbir, son of Abhi’s friend.

Ranbir claims to love Rhea and she likes him too. In order to woo Rhea, Ranbir agrees to her condition and tries to get Prachi to fall in love with him. Rhea wants Ranbir to break Prachi’s heart. However, looks like Rhea’s plan is all set to backfire as he seemed to be getting confused about his feelings. Ranbir even took a bullet for Prachi in the latest episodes. However, he assures Rhea that he still loves her and is only getting close to Prachi because she asked him to.

So, who do you think Ranbir loves – Rhea or Prachi? Let’s take a look at few pointers to be taken into consideration.

Ever since his introduction on the show, Ranbir has been head over heels in love with Rhea. He leaves no stone unturned to impress Rhea and even gets himself locked up to get in Abhi’s good books.

2. Ranbir cannot stay away from Prachi

No matter how much Ranbir loves Rhea, he still cannot stay away from Prachi. He is always seen getting into arguments with her, tries to find out what she feels and often gets close to her.

3. Ranbir takes a bullet for Prachi

How often do you find a boy who’d take a bullet for you? Does that indicate Ranbir loves Prachi? Your guess is as good as ours!

4. Ranbir will do anything to bring a smile on Rhea’s face

Every time Rhea sees Ranbir and Prachi together she gets upset. But Ranbir always finds a way to convince her and make her smile. But who does he actually love? Take the poll below and tell us what you think.

Who do you think Ranbir loves - Rhea or Prachi?

For more behind the scenes fun content with your favourite TV stars including Drashti Dhami, Ravi Dubey and the cast of Kumkum Bhagya, click here.