Ashlesha Savant, who plays Meera on Zee TV show Kumkum Bhagya, shared a picture of her real boyfriend on Instagram and it's not who you think. 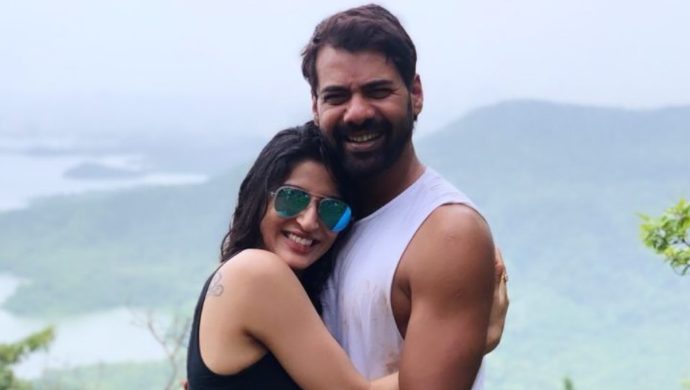 Ekta Kapoor’s Zee TV hit show Kumkum Bhagya was a homecoming for television actress Ashlesha Savant as she returned to the sets of the TV czarina’s production after long. The talented and good-looking had started out with roles in the early ‘K’ serials and enjoys a massive fanbase for her performances. Ever since her entry, the telly town beauty has been bonding well with the cast including co-stars Shabir, Sriti, Mugdha Chaphekar, Shikha Singh and others. So much so that Ashlesha, along with the star cast of Kumkum Bhagya enjoyed a monsoon trek recently. You can check out the album from their Sunday adventure here. Besides the endearing poses and fun times, Ashlesha also captured a moment with her ‘real boyfriend for life’ on the trip. Any guesses who that special someone is?

Now, before you let your imaginations run wild, let us tell you that the person is not who you expect. Ashlesha posted a picture with Shabir and wife Kanchi Kaul’s son Azai, who had joined the troop for a trek on her Instagram and captioned it as ‘my real boyfriend for life Azai.’ She even shared an adorable photo with her ‘always and forever’ Kanchi, who she has known for 12 long years! The actor further tagged Shabir as the ‘super trooper,’ the only male celebrity to join the girl gang. Check out these images posted by Ashlesha here:

Shabir and Kanchi’s cute munchkins Azai and Ivarr too had joined the celebrities to make the most of an adventurous outing. Sriti, who had visited Mumbai’s Sanjay Gandhi National Park with co-star Krishna Kaul last week, repeated the revelry with a larger bunch of co-actors later that weekend. From taking a dip in the stream to discovering life in the wild, the Kumkum Bhagya stars sure motivated us all to plan a monsoon trip asap!

As for Ashlesha, she recently joined the daily soap, post a generation leap, as Meera, the governess of Abhi and Pragya’s younger twin daughter Rhea. On the personal front, Ashlesha is in a live-in relationship with TV actor Sandeep Baswana.

Click here to listen to Badshah’s latest party anthem Paagal only on ZEE5.