Kumkum Bhagya’s Disha: Zee Rishtey Awards ls Like A Family Get Together For Everyone

Ruchi Savarn, aka Disha of Kumkum Bhagya, tells us about how special the Zee Rishtey Awards are to her and the love she gets from fans. 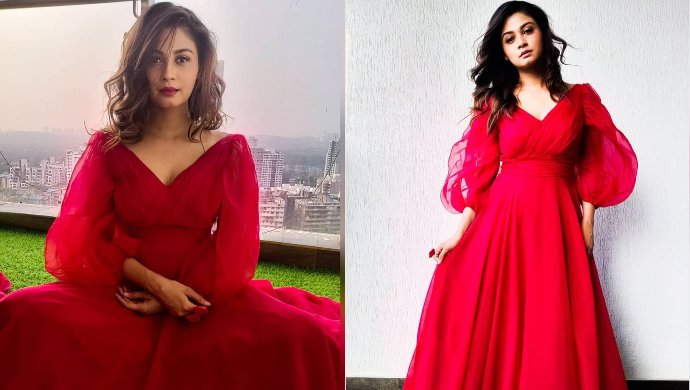 Ruchi Sarvarn plays the role of Disha on Kumkum Bhagya. Her relationship with Purab, played by Vin Rana, on the show is second only to Pragya and Abhi’s epic romance. Ruchi has garnered her own set of fans with her role on the show. She has a quick chat with us at the Zee Rishtey Awards red carpet to tell us how much these awards mean to her and the response she has been getting from fans about her character.

1. What does it feel like to be a part of Kumkum Bhagya that is nominated in almost every category at the Zee Rishtey Awards?

It feels lovely to be a part of a show that has been running for so long and remains in the top five always. So, being nominated for Best Kutumb or Best Dharavahik for five years in a row is always a celebration for us. It’s like a get together for the entire family.

2. What is the biggest twist on the show that even you didn’t expect?

I was out of the show for 3 months and then the way I came back to the show was very surprising. I think after my re-entry the fans were also intrigued and interested in what was going to happen. So that would be the biggest twist on the show  according to me.

Watch her return to the show Kumkum Bhagya, in the episode here.

3. What is the nicest reaction you have received from a fan about your character on the show?

Yesterday a girl screamed my character name on the street and she was so hysterical. Eventually, I had to calm her down. I couldn’t believe people love us so much because I had to actually calm her down. It felt good to hear her screaming Disha on the street. I cannot imagine that happening with any other show that I’ve done. So Kumkum Bhagya is a real blessing for me.

Oh, I never make any new year resolutions because I always end up breaking them.

Watch her play the role of Disha in Kumkum Bhagya as wells as her husband Ankitt Mohan’s Haiwaan, streaming on ZEE5.