Rishabh is forced to choose between his duty towards Sherlyn and his love for Preeta. 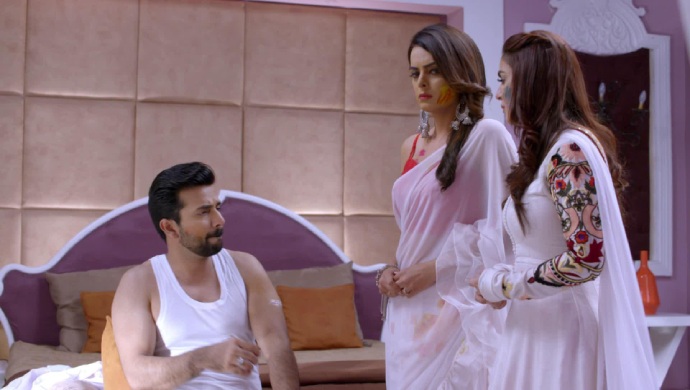 In tonight’s episode of Kundali Bhagya, Preeta treats Rishabh’s arm wound after he is attacked by Monisha. Prithvi forces Sherlyn to be near Rishabh since she is planning to marry him. Instead of helping the situation Sherlyn fights with Rishabh and Preeta. Later Sherlyn and Preeta have a heated exchange where Preeta promises Sherlyn that she won’t let her marry Rishabh.

Catch a sneak-peek of the upcoming episodes here.

Next week we will see Sherlyn and Preeta face-off. Sherlyn complains to Rishabh about Preeta’s taunts about her marriage and character made earlier. Rishabh asks Preeta to apologize for the remarks about Sherlyn since she is his future wife. Prithvi defends Preeta’s statements and goes against Sherlyn, since he is engaged to Preeta.

Rishabh and Prithvi get mad at each other on behalf of the fiancees, while Preeta won’t back down from exposing Sherlyn’s evil plan. Who will blink first? Stay tuned to find out.

EXCLUSIVE: Sunny Leone On Working In Hollywood: India Is My Home