In the next episode, Sarla and Srishti tell Preeta that they got a laywer but Preeta says Karan has already promised to release her from jail. 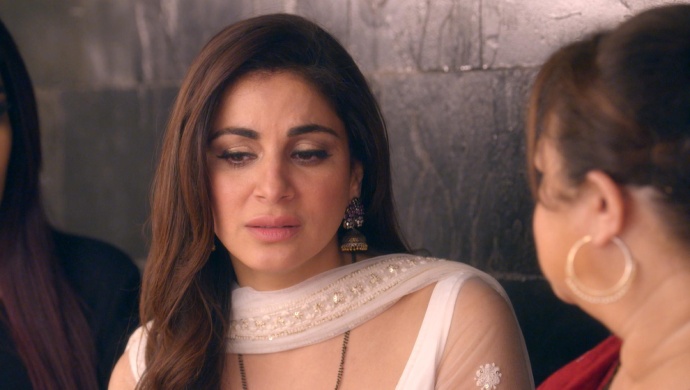 In tonight’s episode of Kundali Bhagya, Rishabh tells Sherlyn that he will release Preeta even if she doesn’t show him the video. Rishabh allows Sherlyn to leave the house. He wants to go with Karan and release Preeta from jail first, but Karan asks him to stay at home and keep an eye on Sherlyn. Rakhi and Kareena find Sherlyn leaving the house and try to stop her. Sherlyn says that Rishabh trusts Preeta more than her even when he has evidence. Rakhi is also on Rishabh’s side and says that Preeta would never try to hurt anyone. Karan goes to the police station and promises to save Preeta because he really cares about her.

In the next episode, Srishti tells Preeta to not worry about anything because they have got the best lawyer to fight Preeta’s case. Preeta tells Sarla that they will not need the lawyer. She says that Karan came to meet her earlier and promised to not only get Preeta out of jail but prove that she is innocent. Will Sarla take Preeta’s advice and trust Karan to help them? Find out tomorrow.