In the next episode, Rakhi asks Sarla to stop insulting her bahu and tells her to leave the house with her entire family. 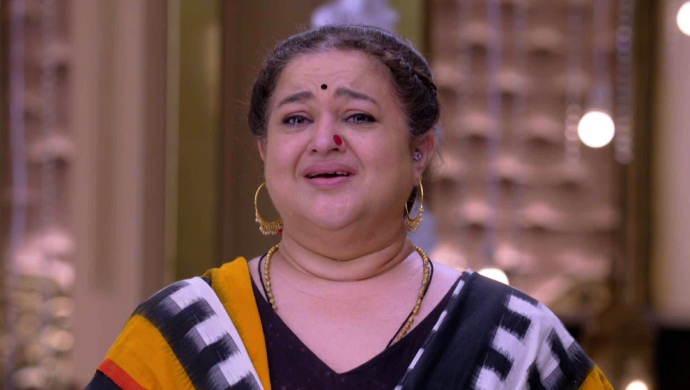 In tonight’s episode of Kundali Bhagya, the kidnapper exposes Sherlyn. Hearing the allegations Kareena bua slaps Sherlyn and packs her things asking her to leave the house. Sherlyn tries to ask the family for help but even Prithvi goes against her. Rishabh decides to make Sherlyn leave his house. But just as Sherlyn is about to leave the kidnapper changes his statement. He says Preeta and Sarla paid him to lie to the Luthra family.

Next week, Sarla says that Sherlyn doesn’t deserve to be in the Luthra family. Sherlyn smiles at Sarla. Rakhi stops Sarla and tells her that she respects Sarla and her family. However, she won’t let Sarla insult her bahu. Sarla is shocked, but Rakhi continues. She tells Sarla and her family to leave the Luthra house and never return. Will Preeta and Sarla try to prove Sherlyn wrong still? Stay tuned to find out.

Diana Penty In Parmanu: The Story Of Pokhran Proves We Need More Women In Power