Monisha is about to reveal the mastermind but is interrupted by Billa! Will he expose her truth? 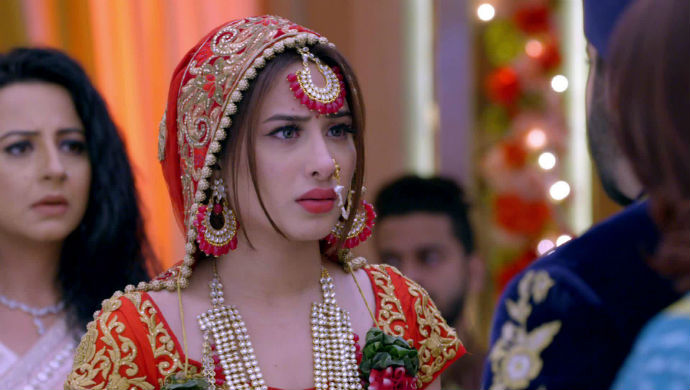 In tonight’s episode of Kundali Bhagya, we saw drama unfolding like never before. Monisha ridicules Preeta for trying to marry Karan and Preeta retaliates by saying that she knows Monisha’s truth and questions her why she is charging Karan of molesting her. Monisha turns the tables on Preeta and the latter warns her to shut up. Preeta grabs Monisha and drags her to the mandap but she (Monisha) reacts by hitting Preeta on the head with a flower pot. Preeta faints and Monisha quickly takes her inside the room. She changes into the bridal attire and sits at the mandap.

Watch the sneak peak of the upcoming episode here.

Everyone thinks its Preeta and are shocked when Monisha reveals herself. Preeta enters and stops the wedding rituals by claiming that she has a hold of the CCTV footage which proves that Karan is innocent. She asks Monisha to walk out or else she will hand over the footage to the police. Monisha talks to Karan and says that they had a deal to get married if she manages to get Rishabh out of jail. She reminds Karan that she did succeed in doing so and hence, Karan should marry her. In a shocking twist, Karan agrees.

In the upcoming episode, we will learn that Karan agrees to marry Monisha but only on the condition that he tell her about the mastermind. Monisha agrees and is about to expose Prithvi when Billa reappears with a gun in his hand!

The drama gets more intense. Will Billa expose Monisha and Prithvi? And will Karan go ahead with the marriage as agreed upon? Stay tuned for all the updates!