In the next episode, Sherlyn calls up Prithvi and says someone in the Luthra house insulted her. She then follows Rakhi with a bottle of oil. 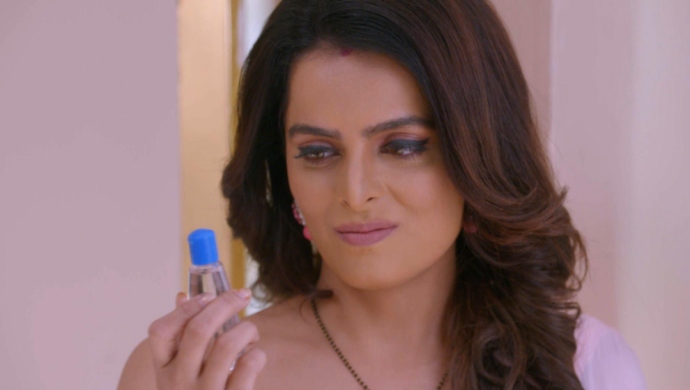 In tonight’s episode of Kundali Bhagya, Preeta and Karan argue about who called the police. Prithvi tries to escape but the police find him. Sarla stops them from arresting Prithvi, saying he is part of the family. Sarla tells Karan and Rishabh that Preeta was not saving the Luthra family but she was saving Kumkum Bhagya hall. Rakhi goes home and tells Mahesh that she saw love for Karan in Preeta’s eyes. She says that Preeta is the actual bahu (daughter-in-law) of the Luthra house. Mahira overhears this and tells her mother to talk to Rakhi about what she said. Karan and Preeta look at the mehndi on their hands and smile thinking of each other.

In the next episode, Sherlyn calls up Prithvi saying that someone insulted her in the Luthra House. Prithvi calms Sherlyn down and says that he will take revenge on anyone who made her cry. Rakhi is talking to Karan and she asks Rishabh to explain something to him. Rakhi hugs Karan and Rishabh. Sherlyn holds a bottle of oil and looks at Rakhi. What plan does she have in mind? Stay tuned to find out.

Bahu In Focus: 5 Things We Want Preeta To Do, Starting With Fighting For Her…