Preeta doubts Prithvi after seeing that he and Sherlyn have the same dirt stains on their clothes. 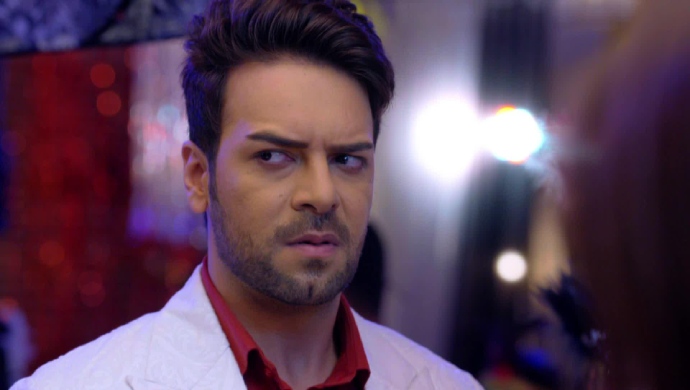 In the previous episode of Kundali Bhagya, Sarla gets kidnapped by Sherlyn and Prithvi. They send a message to Preeta from Sarla’s phone explaining that she won’t be there for a week. Sarla hears Preeta’s voice and feels that she has heard that voice before. Sherlyn and Prithvi leave to join the party again. According to Karan’s plan Srishti finds Sammy in bed with Tanvi. Even Rakhi and other elders catch Tanvi and Sammy in bed. They plan to get Sammy married to Tanvi.

In tonight’s episode, Rishabh and Karan find out that Rakhi is planning to get Sammy and Tanvi married. They tell Sammy about this and he panics. Karan also tells Rishabh and his father that everything they saw between Sammy and Tanvi was a lie. Rishabh hears this and amanges to convince Rakhi to atleast postpone the wedding plan till the truth is out.

Meanwhile, Preeta is trying to console Srishti. She also tells Srishti that she doubts if Sammy and Tanvi are together. Preeta asks Srishti to talk to Sammy once atleast before deciding to break her relationship with him. Srishti is angry at Preeta for taking Sammy’s side but then later agrees to speak to Sammy once more.

Srishti is walking by when Sammy notices her and comes to speak to her. He tells her that everything she saw was a lie and there is nothing between him and Tanvi. He gives Rishabh and Sherlyn’s example to prove that just because two people are in bed doesn’t mean something was going on between them.

Meanwhile, Preeta finds Sherlyn and asks her where she has been. She notices that Sherlyn’s dress is wet and has mud stains on it. Karan notices that Prithvi also has similar dirt and water stains on his clothes. Karan assumes they were together. Preeta too realizes that Karan was right.

Prithvi cooks up an excuse of saving Sherlyn from people who were eve-teasing her. Preeta looks suspicious but then Rakhi calls her so she leaves. Karan warns Prithvi and Sherlyn that he will prove their lies and stop both their marriages. Stay tuned to find out if Karan succeeds in fulfilling his word.