In the next episode, Karan puts the sindoor on Preeta's forehead getting one step closer to marrying her. 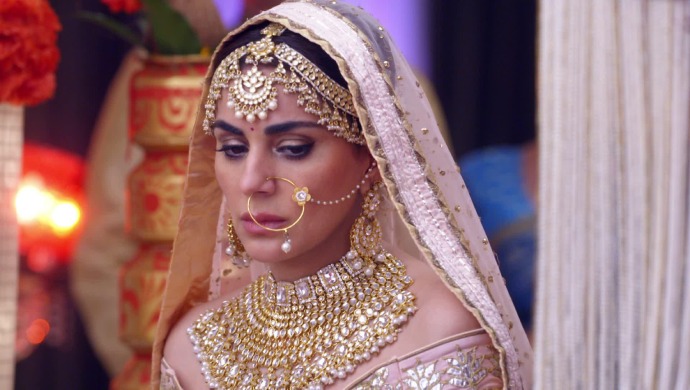 In tonight’s episode of Kundali Bhagya, Rishabh is hurt after Preeta refuses to call off the wedding. He leaves and promises to never meet again. Prithvi is getting excite to marry Preeta, but Karan enters his room and knocks him unconscious. Karan takes Prithvi’s place in the mandap again and asks Sammy to go home. Sammy is worried about Karan’s actions. Sarla is worried because Preeta looks unhappy at her wedding. Preeta and Karan put a garland on each other’s neck coming closer to being married.

In the next episode, Karan and Preeta are sitting in the mandap. The groom is asked to put sindoor on the bride’s forehead. Karan lifts up Preeta’s maang tika and takes a pinch of sindoor. Preeta leans in as Karan puts the sindoor on her forehead. She is unaware that it is Karan behind the sehra, while Karan gets emotional with the moment. Will Karan successfully marry Preeta this time? Stay tuned to find out.

Jamai 2.0: 7 Stunning Photos Of Nia Sharma Which Show Her Eyeliner Game is Always On Fleek