In the next episode, Mahira tries to call Karan when one of the kidnappers snatches her phone and slaps her. Karan decides to help Mahira. 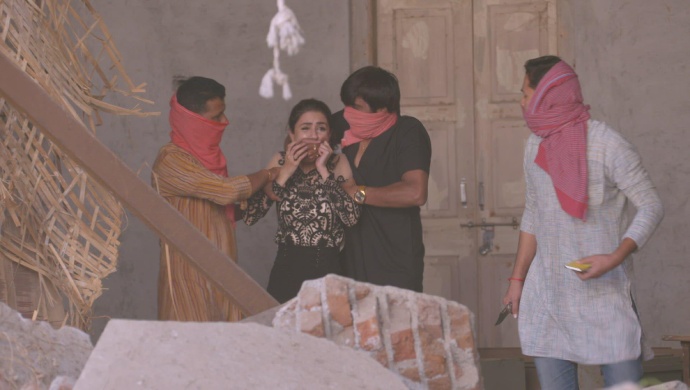 In tonight’s episode of Kundali Bhagya, Sherlyn finds out that her plan has been exposed that Sarla refused to use her lawyer. She slaps her lawyer and goes back to court. The truck driver meets Sherlyn and asks her for more money or he will testify against her in court. Preeta’s new lawyer doesn’t know the case well so the court gives him one hour to catch up on the case. Karan goes to Preeta’s room to comfort her. Preeta says that she is confident that Karan will get her out of jail. However, she wants to know how Karan convinced Mahira to defend her in court.

In the next episode, Karan says that Preeta might trust him again but he will have to marry Mahira. Preeta looks upset at Karan’s statement. Sarla is worried when both Karan and Mahira are not seen in the court. She is worried that they will not be there at the court hearing. Mahira tries to call up Karan but one of her kidnappers knocks the phone out of her hand and slaps her. Karan hears Mahira crying for help on the phone. Will he be able to get Mahira to court in time? Find out in the next episode.

2XTheThrill: You Can Now Watch Chinese Blockbusters Dubbed In Hindi On ZEE5

5 Things Every Mother-In-Law Should Learn From 21-Year-Old Guddan, The Youngest…