In tonight's episode, Preeta saves Karan's life from the terrorists, but goes unconscious in the process. Karan carries her to safety. 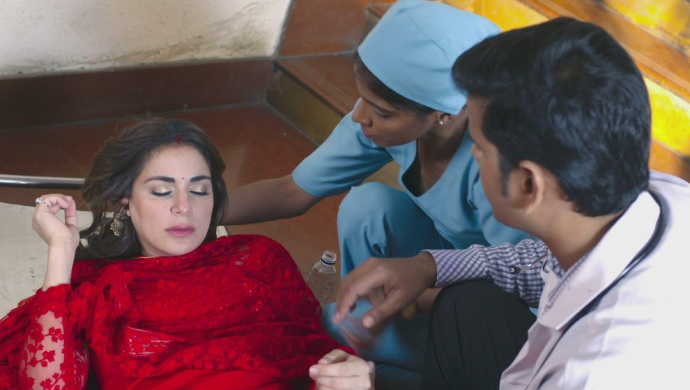 In the previous episode of Kundali Bhagya, Karan and Preeta escape from the terrorists with two other people. Preeta decides to save even more hostages and walks out of the room. Karan is irritated with her but decides to help her. Sherlyn takes Kareena and Rishabh away from the changing room. However Kareena sees her talking to Prithvi later. Sherlyn says she met Prithvi by chance and asked him to marry Preeta. Karan and Preeta catch one of the terrorists while the police are planning to attack the hostages.

In tonight’s episode, Preeta and Karan are walking on the corridor when they pass a room where the terrorist is looking for Harshvardhan’s locker key. He sees on the news that the police are preparing to attack the hotel again. He decides to go out and warn everyone. Karan and Preeta hide but drop their gun.

When the police enter the hotel, Karan begins sneaking hostages away. The leader of the terrorists takes the jewelry but finds all his men surrounded by police. He throws a smoke bomb and tries to escape. While escaping the leader tries to shoot Karan but Preeta saves his life.

Preeta inhales too much smoke and drops unconscious. Karan lifts her in his arms and takes her to the ambulance. Karan leaves the hotel and goes home where Sanjana and Kareena and planning for Karva Chauth. Rakhi tells them that she will not be there since her mother is unwell. She asks them to make Sherlyn’s first karva chauth memorable.

Sarla is worried that Preeta left in the morning and hasn’t returned yet. Preeta regains consciousness and returns home. Janki Bua already knew Karan is at the same hotel and wonders if Karan met Preeta. When Preeta reaches home she doesn’t talk about the terrorist attack. Will Janki find out Preeta met Karan? Stay tuned to find out.