In tonight's episode, Karan and Mahira are missing during the trial where the judge sees the evidence and declares Preeta guilty. 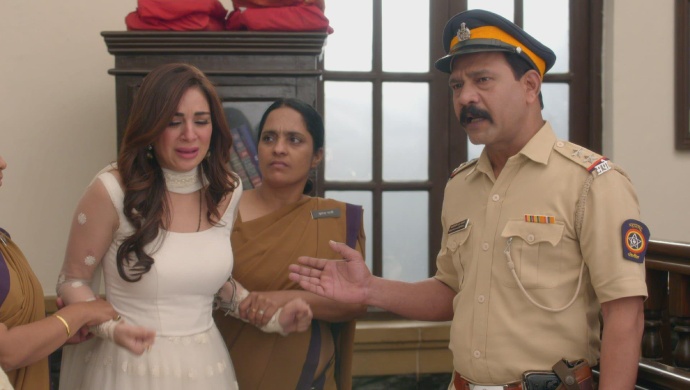 In the previous episode of Kundali Bhagya, Karan tells Preeta that he will end up marrying Mahira. Karan gets a call from Mahira saying she is on her way to the court. While Mahira is on call she is attacked by a group of kidnappers who take her hostage. Mahira cries on a call with Karan and asks him for help. Karan leaves Preeta and runs to help Mahira. He tracks her phone and tries to reach the location. Sarla gets worried when Mahira and Karan are not seen in court. Mahira calls up Sherlyn and informs her that she faked her own kidnapping.

In tonight’s episode, Sherlyn tells Mahira that she will call and inform her when Preeta’s case is completed. She says Mahira can show up in court after the judgement, when and no one can help to save Preeta. Mahira tells her goons to keep an eye out to see when Karan reaches there. Meanwhile, Preeta’s court hearing begins and Sarla is worried that Karan and Mahira are missing from the courtroom.

Karan reaches the kidnapper’s den and Mahira asks the men to tie her up. When Karan tries to free Mahira, someone hits him with a rod from behind. Karan faints and falls on the ground. Mahira slaps the goons for hurting Karan. She doesn’t know that Karan is not unconscious. Karan calls out Mahira’s name and asks her if she kidnapped herself.

In court all the evidence goes against Preeta. She wants to go out and find out if Karan is alright. The police stop Preeta from leaving and make her stand for trial again. Karan faints eventually and wakes up to find Mahira tied up while one kidnapper theatens to stab Mahira with a sword. Karan bashes the kidnappers and takes Mahira to court.

Sherlyn sees Mahira in court and tells her to pretend like she has fainted. Sherlyn goes back inside the courtroom and shows them the video. The video proves that Preeta tried to kill Mahira. The judge declares Preeta guilty, but the whole Luthra family leaves because they hear Karan reached with Mahira. Afterwards Mahira says that she was kidnapped. Will Sarla believe Mahira? Find out tomorrow.