In the next episode, Karan goes down on one knee and proposes to Preeta asking her to marry him in front of Sarla . 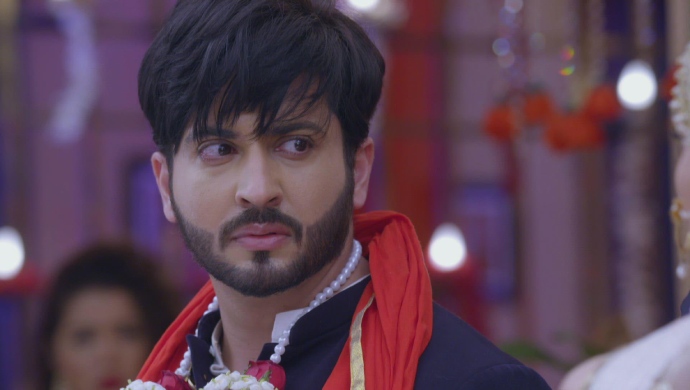 In tonight’s episode of Kundali Bhagya, Karan puts sindoor and magalsutra on Preeta to complete the wedding ceremony. Prithvi wakes up and tries to leave the room. Biji enters the room thinking Karan is knocking. When she sees Prithvi she tries to stop him from leaving. Prithvi avoids her and goes out when Sarla asks the groom to finally lift the sehra. Prithvi says that Karan cheated Preeta by marrying her. He says that Karan wants to marry Preeta for revenge. While Karan watches, Prithvi takes Preeta back to the mandap to start the wedding again.

In the next episode, Karan is standing with Preeta and Sarla. He tells Preeta that there are many reasons he married her but the main reason is that he loves her. He holds Preeta’s hand and goes down on one knee and proposes to her. Karan promises to never leave Preeta if she chooses to be with him. Karan get emotional and even makes Sarla emotional. Will Preeta accept Karan’s proposal? Stay tuned to find out.