In tonight's episode, Karan decides to look for Preeta when she gets late. He bumps into her walking towards his house at the same time. 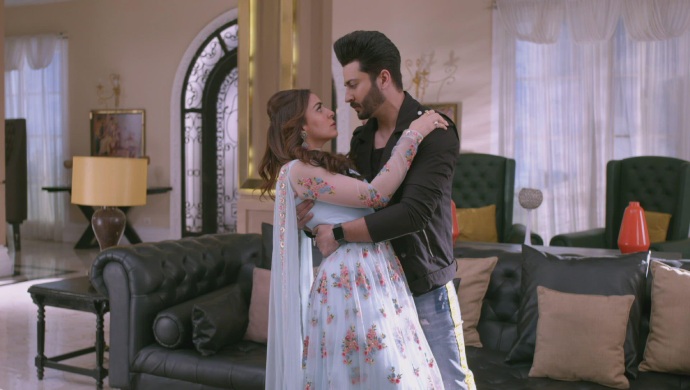 In the previous episode of Kundali Bhagya, Daadi falls down the stairs and Rishabh carries her to his room. Mahira checks the stairs and finds oil which was poured by Sherlyn. She decides to reveal Sherlyn’s true face the Luthra’s. Sherlyn warns her by saying that she is the only one who will help her plan against Preeta. When Mahira goes to Daadi’s room, she finds Karan calling Preeta to fix Daadi’s injury. Mahira tries offering help by suggesting another doctor but Karan refuses to listen to her. Sarla refuses to let Preeta go to the Luthra house. Preeta convinces her that she is going there as a doctor and not as Karan’s wife.

In tonight’s episode, Preeta tells Sarla that she will finish off the work quickly and return. Sarla still hesitates but allows Preeta to go. Mahira is crying because she feels that everyone trusts Preeta more than her. Sherlyn says that if Mahira wants to take Preeta’s place, then they need to kill Preeta first. Mahira is shocked by Sherlyn’s idea.

Kareena is upset because Preeta is late in reaching their house. Karan decides to go and get her himself. On his way out, Preeta is entering the house and they bump into each other. Karan holds Preeta and they gaze lovingly at each other. Mahira sees this and gets even more upset. Preeta tells Karan that she needs to check on Daadi and goes upstairs.

Preeta begins healing Daadi’s injury and asks for her medicine box. Rakhi tells her that the medicines are in the storage room. Preeta walks towards the storage room and tells Srishti that she is in the Luthra house. Srishti is back in the car with Sammy and she gets excited hearing this. Karan follows Preeta to the storage room. Will this visit reignite Preeta and Karan’s romance? Find out tomorrow.

Dirty Girl Wins Most Viewed Music Video, 5 Other Hot Songs For Your After-Hours…