Karan and Preeta finally succeed in drugging Sherlyn. But what happens next may go against them. Find out more! 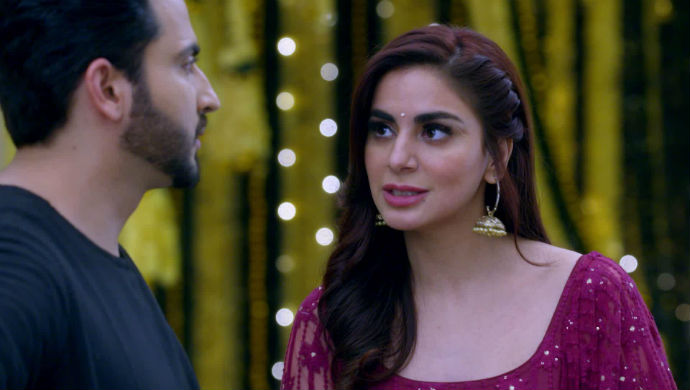 In the last episode of Kundali Bhagya, we saw Karan and Preeta welcoming Priya, the gynecologist friend that they had been expecting. Meanwhile, Sherlyn attempts to feed bhaang to Rishabh but fails when he refuses the drink and Dadi has it instead. Srishti confronts Sameer about his closeness with Tanvi but he assures her that nothing is going on and that he only loves her (Srishti). Sarla catches them and tells Srishti that Sameer is a nice guy but won’t go against his own family or Kareena, who is known to dislike her (Srishti) Sherlyn attempts to feed Rishabh some bhaang again and finally succeeds. The episode ends with Rishabh confessing his feelings for Preeta to Sherlyn.

In tonight’s episode, we saw Rishabh acting random, after getting intoxicated by bhaang. Prithvi observes him, wondering whether Rishabh will go back to his room, as expected. But there’s a roadblock in his plan when Rishabh is interrupted by Dadi and Janaki, who too are high from having taken bhaang. Prithvi handles the situation by asking Rishabh to go to his room. He does and waits for Preeta.

Meanwhile, Sherlyn waits for Prithvi’s text and wonders what is taking so long. He on the other hand, is being kept by Dadi and Janaki. She sees him with the two and he signals her to carry on with the plan without him. She gets talking to Rakhi and Preeta and Karan keep a watchful eye on her. Preeta has a glass of thandai with bhaang mixed in it and Karan prepares to give it to Sherlyn. He offers it to her and she drinks the thandai, as he expected.

Preeta decides to follow Sherlyn to keep an eye on her. She (Sherlyn) starts feeling giddy and Prithvi finds her. He forces her to enter Rishabh’s room. The episode ends with both of them sleeping off, on the same bed.

Will Preeta catch them together? How will the Luthras and Aroras react? Stay tuned for all the updates here!

Catch all the episodes of Kundali Bhagya, exclusively on ZEE5 here.