In tonight's episode, Sherlyn is planning her first Karva Chauth in the Luthra house. She tells Prithvi that he should break her fast. 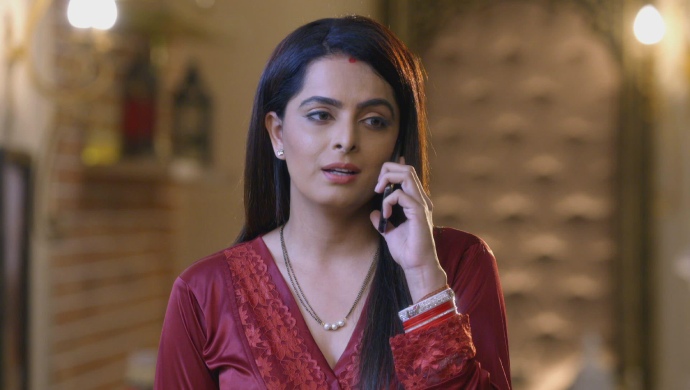 In the previous episode of Kundali Bhagya, Preeta hear a terrorist find out the police’s plan. When the terrorist goes to warn the others, Karan and Preeta call the police and ask them to change their plan. The police ask Preeta and Karan to help them rescue some hostages. However. the hostages are forced to hide when the police and terrorists start shooting at each other. Preeta saves Karan from a bullet and ends up fainting later. Karan takes her to safety. When he goes home, Karan hears Rakhi ask Kareena to make sure Sherlyn has a grand Karva Chauth.

In tonight’s episode, Preeta goes home and everyone wonders where she was. She says that her phone was robbed. When Janki bua puts a news channel on, she finds a report talking about the terrorist attack at the hotel. Preeta shuts the TV off but Janki Bua realises what happened. Preeta says she needs to get up early in the morning.

Prithvi is happy that he managed to save his reputation with Preeta’s family as well as convince Sherlyn that he doesn’t love Preeta. Just then Sherlyn calls him up saying she wants to break her Karva Chauth fast with Prithvi. She insists that he comes to the Luthra house because there is a grand party for her and she cannot leave.

Sherlyn finds Rishabh drinking in his room. Rishabh says just like Sherlyn, tomorrow will be Preeta’s first Karva Chauth too. Rishabh feels Preeta should be in the Luthra house as Karan’s wife. Sherlyn says Preeta ruined Karan’s life. Karan feels Sherlyn is right and his brother is wrong about Preeta.

Janki Bua asks Preeta why Karan didn’t help her with the terrorists and left the hotel alone. She also asks Preeta why she continues to wear sindoor and a mangalsutra for a man who doesn’t love her even as a friend anymore. Janki tells Preeta that Karan ruined her life, and Preeta reluctantly accepts her point.

The next morning Sherlyn is having her first meal before the fast. Mahira has also kept a fast for Karan. Preeta leaves the house without drinking tea. She goes to the temple where she hears someone talkiing about keeping the karva Chauth Vrat even if she isn’t with her husband. Will Preeta too keep a fast for Karan? Stay tuned to find out.