In the next episode, Mahira walks up behind Preeta and pushes her in front of the truck where a man, whom Sherlyn had hired, was waiting to kill her. 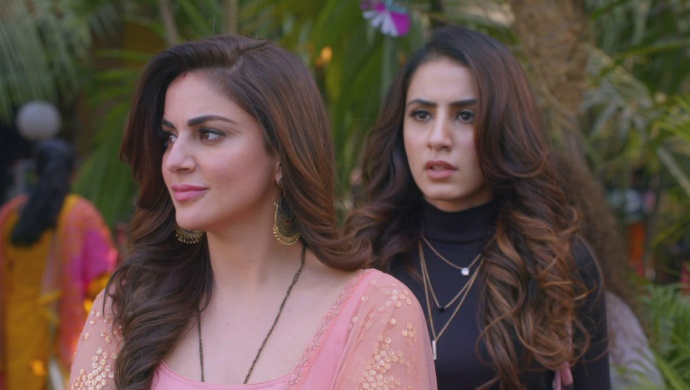 In tonight’s episode of Kundali Bhagya, Preeta goes home and tells Sarla that the Luthras were nice to her. She says that she needs to do another two more sessions of physiotherapy with Daadi. Mahira is jealous of Preeta, and along with Sherlyn, decides to kill her before she returns to the house. Preeta tells Srishti that Karan gave her 5 dupattas for all her dupattas that he tore earlier. She also says the Luthra family treated her with respect. The next day Sherlyn and Mahira hire a truck driver to run over Preeta while she is on her way to the Luthra house. Preeta leaves from home but Sarla is worried for her.

In the next episode, Preeta is standing on the pavement waiting to cross the road. Mahira walks up behind Preeta and pushes her towards the street. The truck driver that Mahira and Sherlyn hired drives straight in the direction of Preeta. Srishti notices this and pushes Preeta aside. Preeta and Srishti get out the way of the truck in time. Preeta pushes Mahira by mistake while trying to escape. Mahira hits the side of the truck and hurts her head. Will Preeta realise Mahira’s plan to kill her? Find out tomorrow.