In tonight's episode, Preeta realises that Karan has to feed her to break her fast. She decides to sneak into the Luthra house. 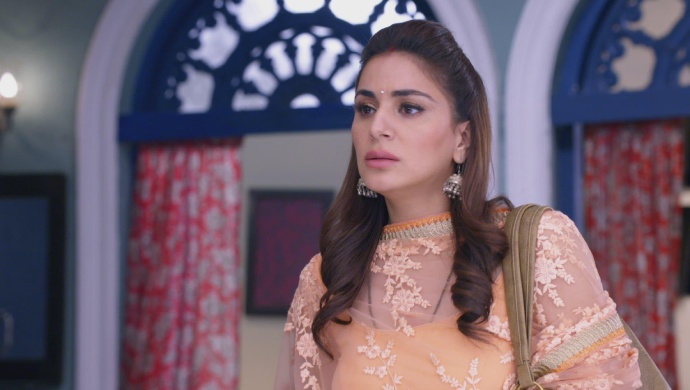 In tonight’s episode of Kundali Bhagya, Preeta takes Daadi to the temple where Karan also drives up to. Preeta is standing outside when Karan is parked ahead of her. Karan buys a chunni but it flies from his hand and lands on Preeta’s head. Karan realises he doesn’t need a chunni because he left his wife and leaves. Preeta goes home and hides the chunni. Sarla tries to make Preeta eat and prove to Janki and Biji that Preeta is not fasting. She takes a plate of Preeta’s favourite food to make her eat.

In tonight’s episode, Sherlyn distracts Sarla by asking for help in wearing her new dress. Preeta sees her chance and empties all the food in her bedside drawer. When Sarla turns back Preeta says she finished eating everything because it was so good. Sarla and Srishti are both surprised with Preeta’s hunger.

Sarla asks Preeta to come out and eat more. When she goes to the living room Preeta tells Biji and Janki that she enjoyed the food and ate because she wanted to. Sarla tries to give Preeta water but Preeta takes a sip and then spits it outside. Sherlyn notices Mahira is not drinking or eating anything and wonders whom she is fasting for.

Sherlyn herself wants to break her fast but is worried that it will affect Prithvi. She says if she was fasting for Rishabh she would break her fast without thinking twice. Preeta wonders how she will get Karan to break the fast. She decides to go the Luthra house and get him to feed her without letting him realise whom he is feeding.

Karan goes to Rishabh’s room while he is getting ready. Rishabh tells Karan how wives will keep a fast for their husbands even if they are not together anymore. Karan wonders if Preeta kept a fast for him. Preeta tells her mother she is going for the rest of her interview and leaves. Will she get Karan to break her fast? Stay tuned to find out.