In tonight's episode, Preeta and Karan reach the dhaba in a car where Karan takes selfies with all the truck drivers to find the criminal. 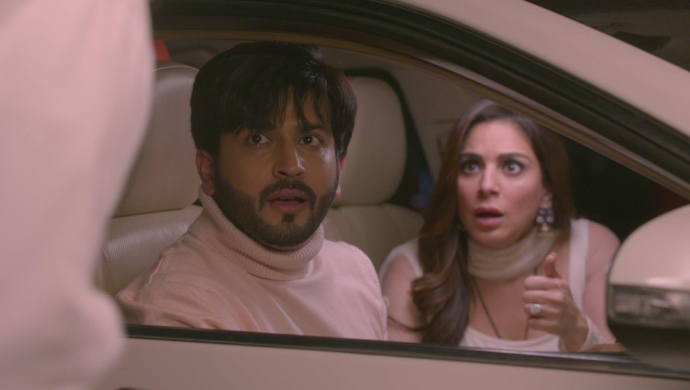 In the previous episode of Kundali Bhagya, Karan is worried because the court will declare Preeta guilty the next day. Srishti meets Karan and scolds him for betraying Preeta. Karan says he is surely going to get Preeta released. While she is in the police car, Preeta gets in an accident where all the policemen become unconscious. One of constables wakes up and asks Preeta to escape because she seen the truck driver passing by. Preeta calls up Srishti but Karan hears her and reaches to help first. He follows the truck driver’s route on a bike with Preeta. Their bike breaks down on the way and while it is being repaired, Karan buys a whole shop full of flowers for Preeta.

In tonight’s episode, Karan takes a car because he doesn’t want to miss out on catching the truck driver. When Preeta enters the car, she is surprised to see it packed with flowers and balloons. She asks Karan if he brought all of them for her and he says yes. Karan also mentions that he bought the flowers because the flower vendor needed the money.

Preeta asks Karan if he would buy all the flowers for any other girl. Karan says he would buy the flowers but not give them to any other girl. Srishti is following Karan but the auto rickshaw he is in breaks down. Srishti decides to call Sammy for help but he doesn’t answer her call. Sammy is upset because Sarla and Srishti both insulted Karan. Rishabh explains why Preeta’s family should be upset with Karan.

Preeta and Karan argue along the way and he refuses to drive till Preeta apologises. Karan realises that he is wasting time and apologises for delaying Preeta for something that doesn’t matter. Mahira asks Sherlyn to tell her the secret father of her child. Sherlyn refuses to tell Mahira but promises to save her from the Luthras.

In Pics: The Best Of TV, Film And Web Stars At ZEE5 #2XTheLove Anniversary…

Happy Birthday Arunoday Singh: 5 Facts We Bet You Didn’t Know About The…