Karan hints at his feelings towards Preeta when she is with him. Will she understand his feelings? 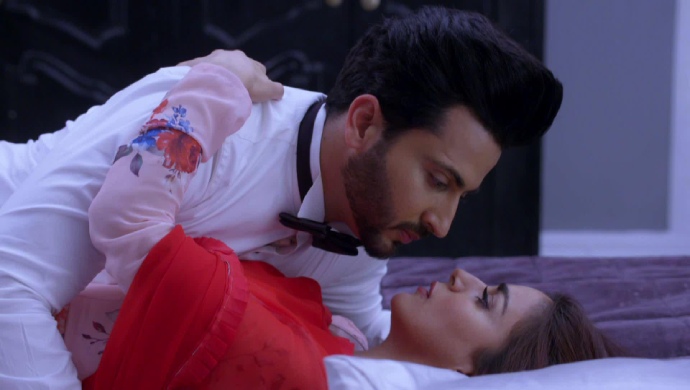 In the previous episode of Kundali Bhagya, Sherlyn convinces Prtihvi to marry her. She wants to get married to Prithvi before she marries Rishabh. Prithvi eventually gives in when Sherlyn says she will cancel her marriage to Rishabh. Karan meanwhile, asks for Preeta’s help in catching Sherlyn at the bachelor party. Preeta agrees to help Karan with Sherlyn if she doesn’t ask her to spy on Prithvi.

In tonight’s episode, Preeta’s mother, Sarla is going out shopping when she meets Daadi and Biji. They are both excited to go the Luthra house for the bachelor party. Sarla tells them that they should go ahead. She has to do some shopping at a sari store and will come to the party later.

Rakhi, Karan’s mother, is pulling her husbands leg for trying to act young for the bachelor party. He decides to then go for the party in a plain white kurta instead. Srishti is organizing the party when Sameer shows up to speak to her. Srishti asks him to leave her alone while organizing the party and not annoy her.

Sherlyn tells Prithvi that she doesn’t want to do anything till he agrees to marry her. Prithvi tells her that he is designing her wedding clothes. In two days she will get her clothes and they can get married. Sherlyn tells him two days are too long.

He dresses up in his finest clothes and looking at himself in the mirror. Preeta walks in and begins laughing at Karan. She says with the white shirt and bow-tie he looks more like a waiter. Karan pretends to get angry and chases Preeta around his room.

They slip and both fall on the bed near each other. Karan looks into Preeta’s eyes and Preeta is also lost for a few minutes. They are both distracted when someone calls Preeta’s name. While leaving Karan’s room Preeta turns back once to look at him. Will she understand Karan’s feelings for her? Stay tuned to find out.