In tonight's episode, Karan and Preeta meet in a mall, one day after he sent her to jail and got engaged to Mahira. 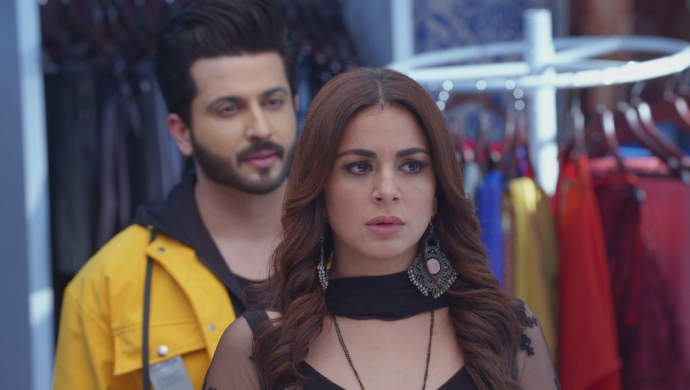 In the previous episode of Kundali Bhagya, Karan remembers his moments with Preeta. When he remembers how Preeta said she doesn’t care about him, he gets angry and gets engaged to Mahira. She is excited to be engaged to Karan, but he looks unhappy. Salra goes to the police station and gets Preeta and Srishti out on bail. She is still angry at them for going to the Luthra house. Rishabh tells Karan that he was wrong in letting Preeta go to jail. Rishabh says that he cannot support Karan in whatever he is doing any longer. Preeta and Srishti manage to convince Sarla that they didn’t do anything wrong.

In tonight’s episode, Preeta’s neighbour invites Preeta and her family to the wedding. While giving the invitation she taunts Preeta for getting married twice and not going to her in-laws place even once. She says Preeta has bad luck and probably will never get married. Sarla and Srishti defend Preeta saying it is not her fault and she will find a much better man eventually.

Sarla even promises to be there at her neighbour’s wedding,. She also warns her that Preeta and Srishti will look so beautiful that no one will look at the her, the bride. Janki enters saying that she also had a fight with the neighbour. She says that the neighbour cursed Preeta saying she will never get married. Sarla promises to find the best man for her, but first she decides to take her shopping.

Karan is heading for practice when Kareena stops him. She says he needs to go shopping with Mahira. Karan refuses to go saying he is leaving for practice. However, Mahira says she wants to go with Karan and spend time with him before they get married. Mahira’s mother says they need to buy only one dress for the mehndi and indirectly forces Karan to go with Mahira.

Preeta goes to the mall and notices Karan first and takes her mother away. However she ends up meeting him at the counter while Mahira and Sarla are both checking clothes. Karan taunts Preeta saying taht she couldn’t stop his engagement and shows the engagement ring on his finger. Preeta congratulates him and tries to leave but Karan stops her. Will Mahira see Karan and Preeta together? Stay tuned to find out.

Kumkum Bhagya’s Disha: Zee Rishtey Awards ls Like A Family Get Together…