In the next episode, Rakhi says the person who kidnapped Mahira wanted Preeta to go to jail, which proves that Preeta is innocent. 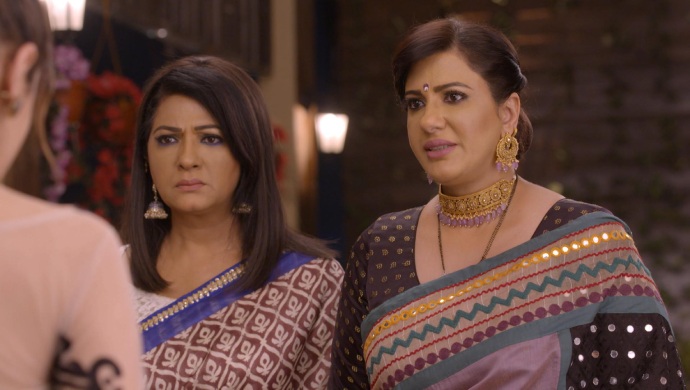 In tonight’s episode of Kundali Bhagya, Karan tells Preeta that he bought all the flowers and balloons for her. He also says that he would not buy flowers for any other girl. Srishti tries to keep up with Karan but her rickshaw breaks down and she decides to go back home. Rishabh feels Sarla was right to slap Karan because she feels he betrayed her again. Mahira asks Sherlyn who is the real father of her baby, but Sherlyn refuses to tell her. Karan and Preeta reach the dhaba where they heard the driver would be. Karan takes selfies with all the drivers but the driver who is actually the criminal follows Karan to his car and finds Preeta there.

In the next episode, Rakhi is still discussing Mahira’s kidnapping. She tells everyone that whoever kidnapped Mahira wanted to stop her from reaching the court and saving Preeta. Rakhi says that this is clear proof that Preeta is not involved in Mahira’s kidnapping because it would not help her in any way. Rakhi wonders who is Preeta’s enemy. Will she realise that this was Mahira’s plan? Find out tomorrow.

It Happened In Calcutta Teaser: A Love Saga With The Backdrop Of Cholera…