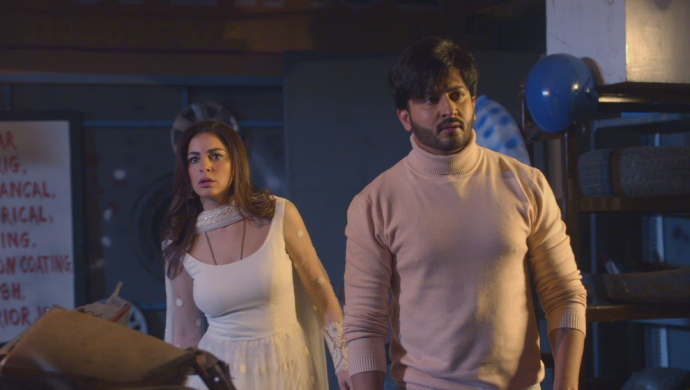 In the previous episode of Kundali Bhagya, Karan tells Preeta that he bought all the flowers and balloons for her. He also says that he would not buy flowers for any other girl. Srishti tries to keep up with Karan but her rickshaw breaks down and she decides to go back home. Rishabh feels Sarla was right to slap Karan because she feels he betrayed her again. Mahira asks Sherlyn about the real father of her baby, but Sherlyn refuses to tell her. Karan and Preeta reach the dhaba where they heard the driver would visit. Karan takes selfies with all the drivers but the person who is actually the criminal follows Karan to his car and finds Preeta there.

In tonight’s episode, the truck driver follows Karan to the car and sees Preeta inside. He runs away and gets into his friend’s truck. They drive away while Karan and Preeta chase them. Karan returns to his car and decides to go follow their truck. Rakhi convinces Sherlyn that they will do whatever it takes to find out who tried to kidnap Mahira.

Rakhi says that the person who is behind the kidnapping is against Preeta. She promises to defeat every enemy of Preeta. Kareena wants to know why Mahira was ready to save Preeta from trouble in court. Mahira says that she did it because Karan believes that Preeta is innocent. Rakhi is convinced that Mahira is also not Preeta’s enemy and tries to explain this to Sarla.

Sarla refuses to believe Rakhi when she says Karan wanted to help Preeta. She says Karan and Mahira both want Preeta to suffer. Mahira and Sherlyn are celebrating Preeta’s arrest in her room. Mahira is sure that Preeta will be in jail for a long time. Kritika sees Mahira hugging Sherlyn and becomes suspcious. Will she find out Mahira’s plan? Watch the next episode to find out.