In a shocking twist, Sherlyn will refuse to marry Rishabh. What makes her take this sudden decision? 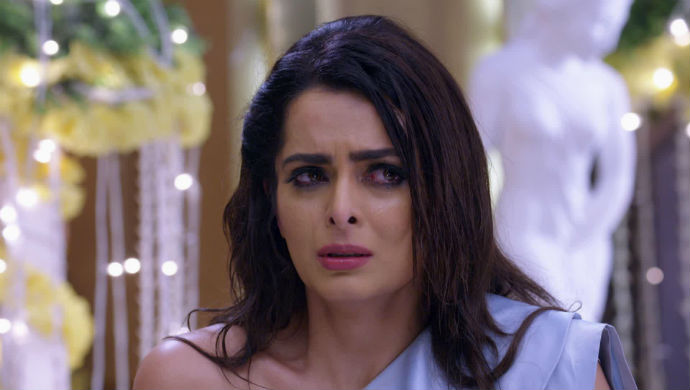 In tonight’s episode of Kundali Bhagya, we saw the Luthras getting a shock, after finding Rishabh and Sherlyn together in bed. Karan reprimands Rishabh but the latter defends himself, saying that he doesn’t know how he got here and is innocent. After a lot of convincing, Karan finally believes Rishabh and says he will stand by him, no matter what. Later, Rishabh is confronted by Rakhi and the rest and blamed for the incident. Karan says both Rishabh and Sherlyn were involved hence they can’t favour her over him.

Sherlyn shocks everyone by claiming that Rishabh asked her to come into his room and forcefully made her drink thandai which had bhaang mixed in it. She says she never imaged he would get intimate with her. The episode ends with Rakhi deciding to get Sherlyn and Rishabh married within the next 15 days, but Karan trying to turn her decision around.

In the upcoming episode, Rakhi will be adamant about her decision but will get a rude shock, when Sherlyn herself will refuse to marry Rishabh!

What makes her act this way? And how will Prithvi react? Stay tuned for all the updates here!