Sherlyn goes to buy her wedding clothes at the same sari store that Sarla goes to. 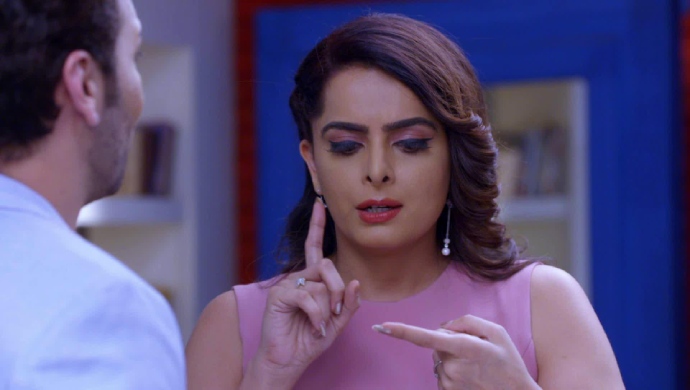 In tonight’s episode of Kundali Bhagya, Sherlyn convinces Rishabh to get married in 2 hours. For her wedding sari she decides to go to a sari shop. Karan and Preeta are getting ready for the bachelor party which Srishti is in charge of organizing. Sarla, who is going to join the party later, also is going to the same sari shop that Sherlyn plans to go to.

In the next episode, Sarla is in the sari shop where she begins to think about Preeta’s wedding to Prithvi. She is happy to have Prtithvi as her son-in-law. While she is shopping there she hears the familiar voice of Sherlyn. She sees Sherlyn roaming around the store in a wedding lehenga, making plans for the wedding.

Sarla looks shocked at this. Later Sherlyn jokes that neither her or Prithvi’s parents will show up to their wedding. Maybe they should take Rishabh’s parents to their wedding instead. Will Sarla tell Sherlyn’s secret to the Luthras? Stay tuned to find out.

All You Need To Know About Kalaripayattu, Shown In Action Film Commando: A One Man Army