In the next episode, the police are about to arrest Preeta when Rakhi interrupts them and stops them from taking Preeta away. 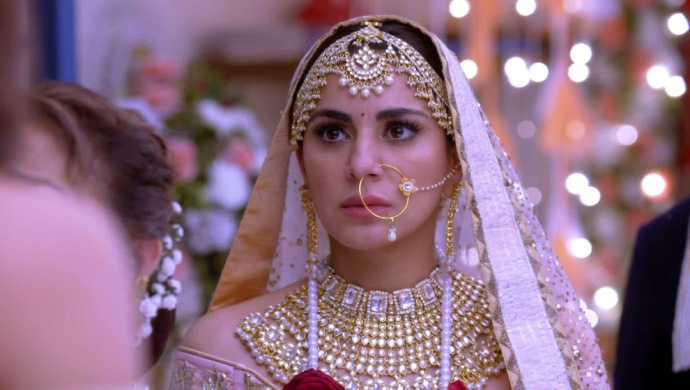 In tonight’s episode of Kundali Bhagya, Karan and Preeta are all set to get married when one policewoman announces they found the necklace. Sammy finds the necklace in Sherlyn’s cupboard and decides to bring it to the police. Sherlyn had made a replica of the necklace and put it in Preeta’s house to frame her. Before the police arrest Preeta Karan tries to talk to the inspector in private and explain that Preeta is innocent. Rishabh takes Sammy out of the house to find Mahesh’s nurse, but Sammy ends up leaving the necklace in the house itself.

In the next episode, the police apologise and say they have to do their duty. They decide to arrest Preeta and take her to jail. Sarla and the rest of the family try to plead with the police to stop. Rakhi enters the room and orders the inspector to stop. She says he cannot arrest Preeta. Sherlyn is shocked by Rakhi’s statement. Will Rakhi find out about Sherlyn’s truth? Stay tuned to find out.